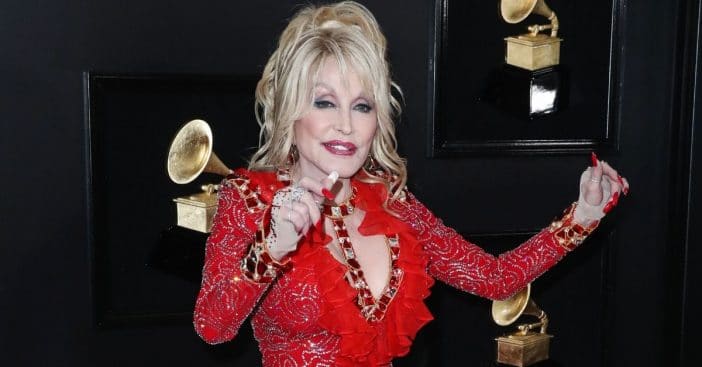 Dolly Parton just received a very impressive honor. She has now gotten 50 Grammy nominations over her long career, starting with her first one 51 years ago. Overall, she has won nine Grammy Awards. Her album “Here You Come Again” won her first Grammy.

This year she is actually nominated in the contemporary Christian music category. She is nominated for her song “There Was Jesus” with Christian rock singer Zach Williams. Dolly’s music truly ranges from Christian to pop to country.

She is behind just one other female artist for the most nominated woman in Grammy history. Singer Beyoncé has 79 nods and 24 wins. Dolly also earned the Grammy Lifetime Achievement Award in 2011.

When asked about her most recent nomination, Dolly said, “That particular song … was more rewarding to me than winning an award. I felt very blessed to be a part of such a wonderful song. But of course, since I grew up in the church and I’m a person of faith, a song like that would mean more to me than a lot of the others, I have to admit.”

Find out if Dolly wins another Grammy on March 14th. In the meantime, listen to the song “There Was Jesus” below:

Click for next Article
Previous article: Southwest Airlines Is Donating Free Flights To Those In Need
Next Post: Mom Claims Hospital Missed Her Cancer, Then Covered Up Their Mistake