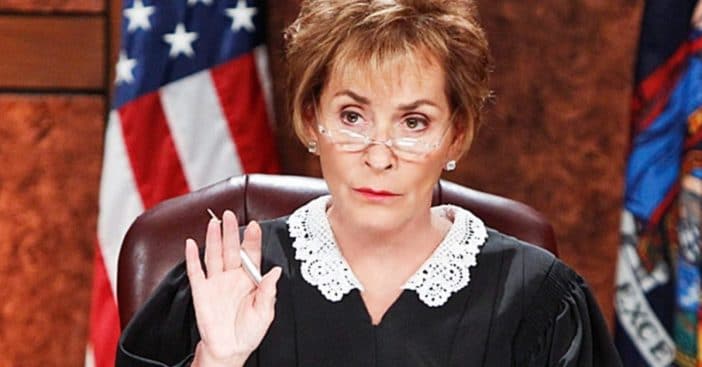 Judge Judy’s program reigned supreme on people’s televisions for 25 years. We’ve all seen her harsh methods of running the courtroom, but she argues that it’s just a realistic way of going about life in general. It’s safe to say that it worked as the most recent season of the show earned an average viewing of 9 million people!

A 2013 Reader’s Digest survey found that the 78-year-old judge was found to be more trusting than any sitting U.S. Supreme Court Justice. As Judy hangs up her gavel as the final episode will air this year, we remember her very straight-forward ways of handling things.

She notes that people in general have become very sensitive to unkindness. From being involved in family court, she says that it “toughened” her, seeing countless cases of child neglect and abuse. “Are my feelings necessarily PC and kumbaya? No. They are realistic,” she says. Judy argues that being blind to reality for the sake of political correctness is “hurtful – mostly to children” and ignorant.

Political correctness is “harmful” and “ignorant”

She continues, “Do you say: ‘Well, I’m going to look at the childhood of the parent – maybe that’s all the parent knew?’ Not in my world. In my world, if that’s the way you know how to parent, you shouldn’t have any more children.” She notes that, of course, she can’t literally order that in a court of law, but she would tell deadbeat dads, “Find something to do with that organ other than make babies.”

Judy continues, “Nobody else says that – it’s not PC! ‘How dare you say that?’ Well, I dare say that because a) I’m supporting them all, and so is everybody else who pays taxes and b) the reason the case is before me is because the children were neglected, or abused – or worse.” Well, it’s safe to say her non-PC way of life definitely makes sense!