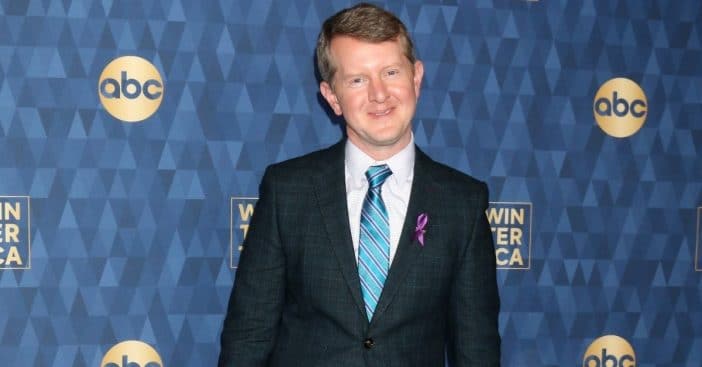 Ken Jennings of Jeopardy! only just learned about this bulk grocery store hack from his wife, and says he’s “reeling” about it. “My wife just casually told me that a nearby ‘fancy’ grocery store cuts up Costco sheet cake & resells it for $4 a slice and I am REELING,” he writes on Twitter.

Of course, this earned A LOT of responses. One user says, “Figure out how much they can get for one full cake. It’s an old trick inner city businesses do it all the time buying stuff at Costco and reselling it at higher prices.” Another writes, “Yes? And many sources of bottled water are nothing more than local tap water that has been packaged and labelled. Check it out.”

My wife just casually told me that a nearby “fancy” grocery store cuts up Costco sheet cake & resells it for $4 a slice and I am REELING.

Jennings met his wife, Mindy, when they were both students at Brigham Young University. Mindy was majoring in theatre and Jennings was studying English and computer science. Mindy reveals in an interview that it took Jennings nine months to muster up the courage to ask her out! The rest is truly history as the couple has been married for over 20 years, have two kids together, and a dog named Chance.

RELATED: After Ken Jennings, Who Will Host ‘Jeopardy!’ Next?

Mindy also revealed that they didn’t tell anyone about Jennings’ winning streak on Jeopardy!, including their kids and parents. She did add that Jennings wasn’t concerned about people knowing he’s actually pretty smart! “He mostly wanted people to know he was funny,” she said. “He’s not the type of person who wants you to know he knows everything.”

How his wife helped him when prepping to compete on ‘Jeopardy!’

Jennings went to great lengths to prepare for his appearances on the game show, and Mindy helped! He would watch as many Jeopardy! episodes as he possibly could, while standing behind his recliner. “[The recliner] looks about the same height as the contestant podiums,” he would tell Mindy, “to prepare for the show. [And the ring-stack toy] is about the same size as the buzzer the contestants hold. I want to try different ways of holding it, and get used to pressing the button at the right time.” Not a bad idea!

In the process, Mindy would be Jennings’ scorekeeper, and would also man the fort at home while Jennings was away competing.