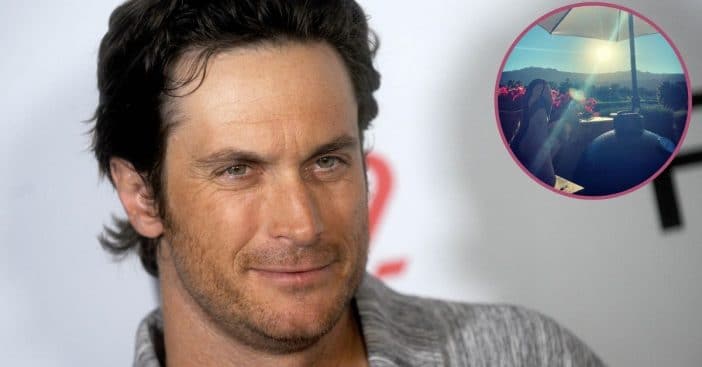 Oliver Hudson, the son of Goldie Hawn, recently posted a photo on Instagram that is causing a stir with fans. He posted a photo, laying in the sun with his feet up, but fans couldn’t help but notice that his feet were a bit dirty-looking… and people didn’t hold back in the comments.

He captioned the photo “Waiting,” and of course, people responded to that with, “For someone to clean your feet?!?” Another said, “Get a pedicure.” Many people were quick to point out his feet, but others just enjoyed the view of the photo, which can be seen below.

Oliver Hudson causes a stir online with his new photo…

Oliver is known for typically pulling some amusing social media antics. This happened back when his sister, Kate Hudson, was nominated for a Golden Globe for her role in Music. He made a funny, sarcastic video online, saying, “Didn’t get nominated for a Golden Globe today… Congrats @katehudson and @merediththeweasel .. I guess… You “earned it: You both were so “deserving” Thanks for nothing @goldenglobes.”

With somber music playing in the background and one hell of a teary-eyed performance, it caught the attention of mom Goldie, who wrote, “Oliver, Oliver. Stop. I can’t stop lol. OMG.” Fans insisted Oliver get a Golden Globe just for that performance alone!

RELATED: Goldie Hawn Gets Emotional Singing To Son, Oliver Hudson, On His Birthday In New Video

Click for next Article
Previous article: Around The World Cruise Set For 2023 Sold Out In Just One Day
Next Post: Why Did ‘The Supremes’ Members Mary Wilson and Diana Ross Have A Falling Out?