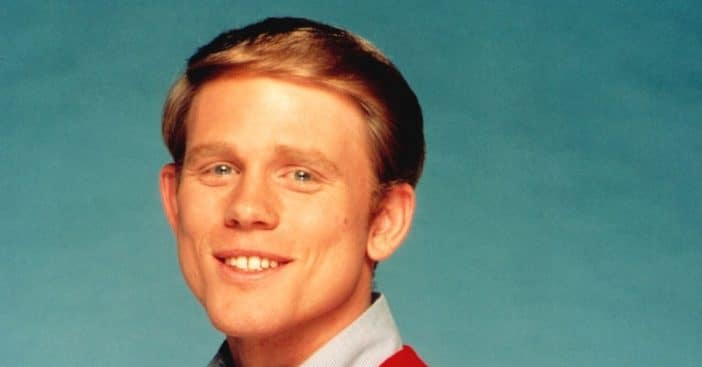 Ron Howard was already well known for his role as Opie on The Andy Griffith Show. After the show ended, he enrolled at The University of Southern California’s film school. When the draft for the Vietnam War came around, Ron really wanted to avoid being drafted.

He said, “The war was still going on, and I had a lousy number. But I had read somewhere that if your job could be directly related to the employment of 30 or more people, that that would be a deferment. I thought, ‘If this series goes, I bet you I could get that deferment.’”

Ron ended up being cast in Happy Days and his number was never up anyways. It wouldn’t have mattered but we are very happy that he ended up joining the iconic show! However, there were times when he thought about quitting.

RELATED: Whatever Happened To Ron Howard From ‘Happy Days?’

Ron reportedly wasn’t always happy with how the show was so goofy at times. He also got fed up when the show centered more around Fonzie, as fans grew to love him. His co-star Marian Ross (Marion Cunningham) once revealed that Ron was once dejected that it was “always about the Fonz.”

She revealed in her book that Ron said, “It’s just all about the Fonz. Every damn day it’s the Fonz this and the Fonz that. There are other people involved with this show other than him, ya know!” Of course, he didn’t quit and is still a part of the show’s incredible history. These days, Ron mainly works as a director and is still close with many of his Happy Days co-stars, including Henry Winkler (Fonzie).