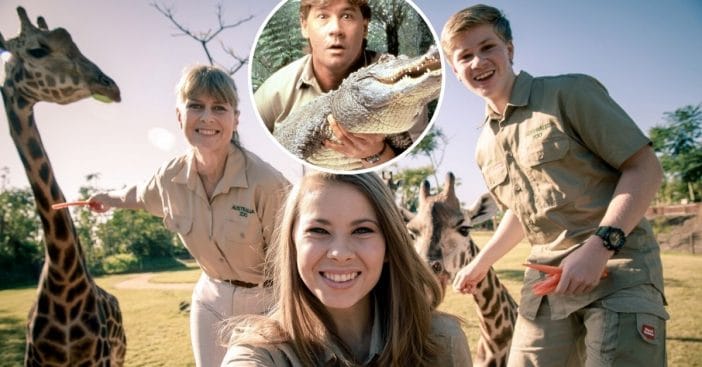 Robert Irwin hasn’t been talked about much lately, with the news of his sister’s pregnancy. Bindi Irwin got married last year and is currently pregnant with her first child. She regularly shares updates with her fans, including bump photos! In one of her recent posts, Robert photobombed the happy couple for a hilarious photo. Fans quickly noticed how much he looks like his late father, Crocodile Hunter Steve Irwin, these days.

Bindi captioned the photo, “Robert, you always make photos that much better😂 Love ya!” Many fans pointed out how he looks just like their dad. One wrote, “Crikey he looks like your father here!” Another fan said, “Aww looks like he has his dad’s wonderful personality.”

Steve passed away when the children were young after being attacked by a stingray. He was only 44 years old. Bindi was 8 while Robert was only 2 years old. Since the tragedy, Bindi, Robert, and their mother Terri all stay close. They work together and run the Australia Zoo. It hasn’t been easy, especially during the pandemic.

In addition, Robert turned 17 this past December and Bindi shared several photos of the two of them on her wedding day. She wrote, “Happy birthday to my amazing brother! Your kind heart and fantastic sense of humour makes my every day. Our baby girl is going to love her ‘funcle’ (fun uncle) so very much. You’re one of the brightest lights the world has ever seen. I’ll always be here for you. Love you!”