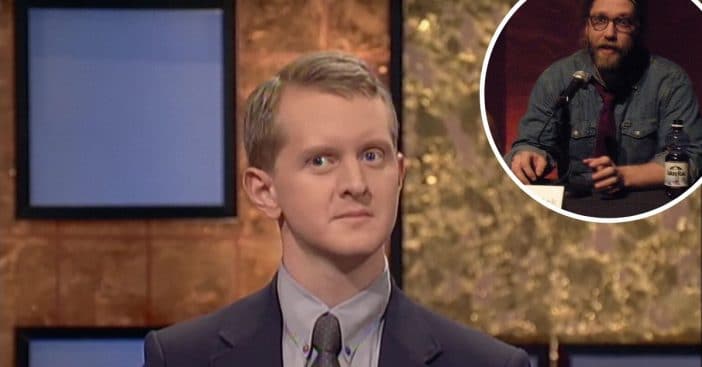 Ken Jennings rose to fame during his lengthy time on Jeopardy! He will soon become the interim host of the game show after beloved host Alex Trebek passed away. Ken also hosts a podcast called Omnibus featuring odd true stories with his friend John Roderick. The podcast and John were criticized after he shared a story about his daughter.

He shared a story on Twitter where he detailed teaching his 9-year-old daughter how to use a can opener. She said she was hungry and instead of making her food, he told her to make baked beans. He admitted it took her six hours to open the can but he dubbed it a “teaching moment.”

He received tons of angry responses and people even called it child abuse. Ken defended John after other fans found anti-Semitic tweets and other offensive messages on John’s Twitter account. He later deleted his account.

RELATED: Ken Jennings Apologizes For Insensitive Tweets From His Past

Ken tweeted, “If this reassures anyone, I personally know John to be (a) a loving and attentive dad who (b) tells heightened-for-effect stories about his own irascibility on like ten podcasts a week. This site is so dumb.” He also said, “There’s no axis where any anti-Semitic screenshot represents any actual opinion I’ve ever heard from him” and “Yeah, you’re playing a dumb game for dummies. You could also find long, thoughtful Twitter threads of John talking seriously about anti-Semitism on the left and right. Is that less fun than finding a 2013 at-reply where he’s talking to a friend in ‘conspiracy theory guy’ voice?”

Before deleting his account, John said, “Somehow my story about teaching my daughter how to work out how to use a can opener and overcome her frustration got over onto a version of twitter where I’m being accused of child abuse. It’s astonishing. My kid is fine everybody. The best part about being ratio’d by these parenting concern-trolls is that they keep harping on how depriving my kid of baked beans for SIX HOURS is child abuse. Six hours is the length of time between meals. Lunch at noon, dinner at six. They’re literally saying CHILD ABUSE.”

What’s your take on this?