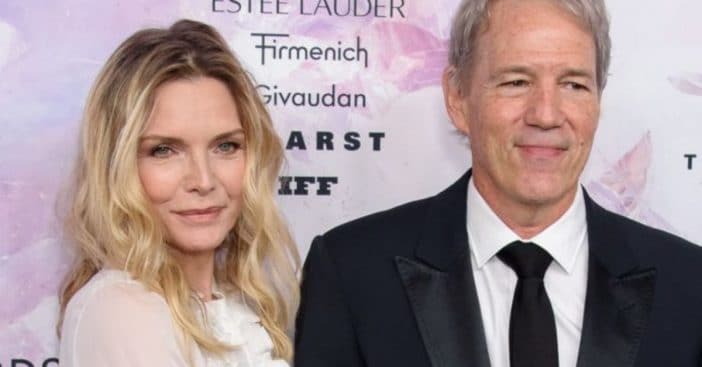 Almost every American can recognize the stunning face of Michelle Pfeiffer. Since the late 70s, she has appeared in a variety of film genres, proving her versatility and seriousness as an actress. Pfeiffer has also been married for 27 years. Although her husband is no less successful, his face might be considerably less recognizable due to the behind-the-scenes nature of his work.

David E. Kelley is a television writer and producer that has worked on several popular law drama series such as The Practice and L.A. Law. Since his marriage to Pfeiffer in 1993, the pair have raised two children together and proved to be a lasting Hollywood couple. They have also kept their relationship relatively private. So who is Pfeiffer’s mysterious husband?

Kelley was born in Waterville, Maine, and is currently 64 years old. In 1979 he graduated from Princeton University and afterward earned his J.D. at Boston University Law School. Kelley then spent some time practicing real estate and taking on minor criminal law cases. However, he soon discovered that his passions lay elsewhere.

Kelley began working on a screenplay which eventually landed in front of Steve Bochco. The script impressed the well-known TV producer, and soon after Kelley was given a job as the story-editor on L.A. Law. He went on to work on shows such as Ally McBeal and Boston Legal and made a name for himself in television.

Kelley and Pfeiffer’s relationship followed the divorce of her first husband, Peter Horton in 1988. Pfeiffer was only 22 at the start of this relationship with Horton. Now she has recently celebrated 27 years of marriage with Kelley. Only a few months into their relationship Pfeiffer’s adoption of her daughter Claudia went through. Pfeiffer said of Kelley, “I really got to see him in a situation that certainly would separate the boys from the men. Obviously, he really rose to the occasion.” A year later, the pair welcomed their son John into the world.

For much of the 2000s, Pfeiffer has been solely focused on raising her children. Now, with her children all grown up, she is re-entering the workforce. Pfeiffer is currently 62 years old and as recently as 2019 she portrayed Queen Ingrith in the film Maleficient: Mistress of Evil. Several years ago in an interview with Zap2it, she stated, “I’m always feeling that my best performance is still in me…  I think it’s what keeps me going.” Kelley too shows no signs of slowing down in his professional career.

Click for next Article
Previous article: Sylvester Stallone Got In Touch With Country Music In 1984’s ‘Rhinestone’
Next Post: Tom Selleck Was Inspired By Donnie Wahlberg And Left A $2,020 Tip