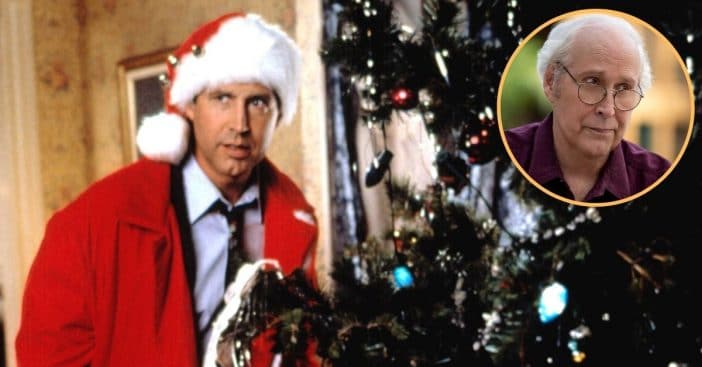 When you think of Chevy Case, chances are you think of Saturday Night Live and National Lampoon. While Chase got his start in 1969 with some minor roles in shorts, his career quickly picked up as he was recognized for his comedic chops. No one could forget his ‘Weekend Update’ segments on SNL of which he was part of for several years (1975 to 2013 to be exact). Chase also became well-known as the lovable father Clark Griswold, who just wants to give his family the perfect vacation. And, in this case, we’re talking Christmas vacations.

The National Lampoon franchise became so successful that it became filled with various different kinds of ‘vacation’ movies like European Vacation and Vegas Vacation. But that’s not all Chase is known for and it’s no secret why he’s still active today at 77 years old.

What happened to Chevy Chase?

Aside from what he’s best known for, he also received success with 1978’s Foul Play, which earned him two Golden Globe nominations! Then it was 1980’s golf wise-crack, Ty Webb, in Caddyshack that ultimately catapulted Chevy to multiple franchises like Fletch and of course, National Lampoon’s Vacation in 1983.

Sadly, Chase was plagued by drug addiction in the ‘80s. He was admitted to a hospital for his addiction to prescription painkillers with a back injury during SNL being the initial cause. Then in 2016, he was once again hospitalized for his alcoholism. Thankfully, Chevy has been sober since 2018!  One of his more successful recent jobs was his role in the comedy series Community. He’s not really slowing down, one of his last projects being a 2019 Netflix comedy starring himself and Richard Dreyfuss called The Last Laugh.

Chase currently has three films in production mode, one of them for which he’s providing voice work. Other films that brought Chase success include titles include Modern Problems (1981), Spies Like Us (1985), Three Amigos (1986), Man of the House (1995), and Hot Tub Time Machine (2010). We’re glad to see he’s still going!

Click for next Article
Previous article: Why Christmas Is Very Important For Ron Howard And His Family
Next Post: Boy Scout Takes Up Pledge To Clean A Thousand Veterans’ Graves