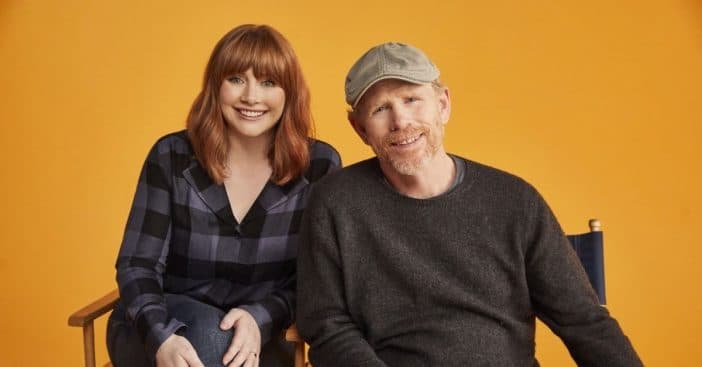 Ron Howard is a beloved actor and director. He is best known for his roles in The Andy Griffith Show and Happy Days. He appeared in both shows when he was young. Ron’s parents, Rance Howard and Jean Speegle were both famous actors as well and inspired Ron to start an acting career.

Jean waited until her kids were grown up to pursue her career. Everything went full circle because one of Jean’s first roles was in a film directed by her son Ron. Christmas was very important to the family history as she was cast in several Christmas films including A Smoky Mountain Christmas and Scrooged.

RELATED: Paige Howard Talks About Growing Up With Ron Howard As Her Dad

It turns out that Christmas is very special to the entire family of actors. These days, Ron’s kids have also turned to acting and his daughter Bryce Dallas Howard is a very famous actress. Listen to Bryce and Ron talk about her project Dads below: