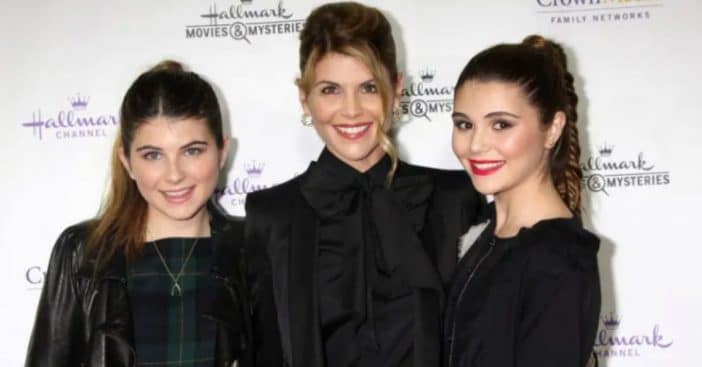 Lori Loughlin is returning home from prison just in time for Christmas to reunite with daughters Olivia Jade and Isabella Giannullli following her part in the college admissions scandal. But what happens next for the Full House star? She was once known as the wholesome motherly figure as viewers knew her from shows like Full House, but she has since become a very disgraced public figure following paying off her daughter’s college to allow them admission.

Both Loughlin and her husband pleaded guilty to paying $500,000 in bribes to get their daughters fraudulently admitted to the University of Southern California. While Loughlin is just getting out, her husband is still in the midst of serving a five-month prison sentence. The question still stands as to what happens now and how she will fare finding work in Hollywood.

What’s next for Lori Loughlin after her return home from prison?

After Loughin and her husband were arrested back in March 2019, Hallmark cut ties with her, and her Fuller House character, Aunt Becky, was officially withdrawn from the rest of the show. Evan Nierman, founder of the crisis management and P.R. firm Red Banyan shares what he believes Loughlin should do following her return home from prison. “If I were advising her, I’d say keep a low profile for a while and then ease back into the spotlight,” he advises.

“She’s also been more in limelight because of the college scandal than her acting career. She’s got some rebuilding to do, and it’s going to take time.” U.S. Judge Nathaniel Gorton also reprimanded Loughlin prior to her sentencing for her greed and arrogance. “Yet you stand before me, a convicted felon, and for what?” Gorton says at the time. “For the inexplicable desire to grasp even more.”

“I thought I was acting out of love for my children,” Loughlin says at the time when she finally relented, admitting her moral compass was swayed. “More broadly and more importantly, I now understand that my decision helped exacerbate existing inequalities in society generally and in the higher education system specifically.” While in prison, Loughlin apparently had a very tough time adjusting. She had no heat or hot water and the inmates were forced to sleep on mats on a concrete floor. Loughlin was soon moved from that unit into another general population unit with three other women.

A source told news outlets that Loughlin pulled herself together quickly and kept her head held high as she prayed during church services held at the prison. Following her release from prison, she will have to be under two years of supervised release, including 150 hours of community service. “If she were 30 years younger, she might have to get herself back out there,” Nierman says. “But I presume she doesn’t need to work, and they can live quietly and don’t need the spotlight shined on them.”

He also adds that “if she acts with humility and, over time, demonstrates that she has truly accepted responsibility and isn’t just issuing statements.” Only time will tell what’s in store for Loughlin as she adjusts back to reality.

Click for next Article
Previous article: Even Santa Is Using Zoom To Communicate This Year
Next Post: Melissa Gilbert Would Punch Former ‘Little House On The Prairie’ Cast Member