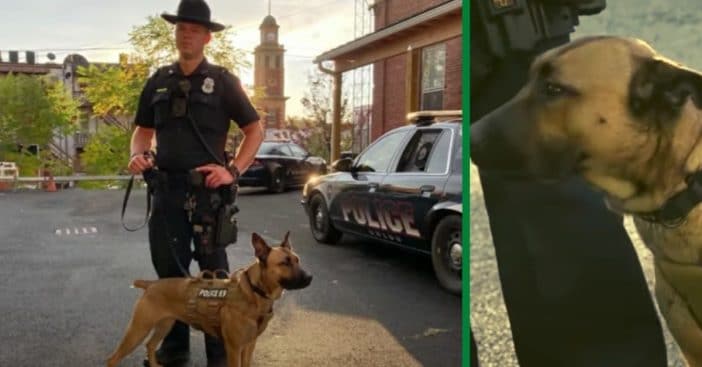 A dog named Maggie was adopted from a shelter and returned twice before she became something much bigger… the newest K-9 of the Owego Police Department in New York. Officer Andrew Pike, Maggie’s partner, says “there’s no better partner” when it comes to Maggie, despite how different she is from other K-9s. K-9 police dogs are usually upwards of $10,000 that come from overseas, but Maggie was a pure stray dog.

After working with Maggie, Pike reveals that he doesn’t think he’ll ever want to work with a human partner again. “Probably not after this. I mean, it’s going to take a pretty special human to replace her.” Maggie was apparently returned each time from her potential family because of her high-energy levels, making her difficult to have in the home. Fortunately, that made her perfect for police work! K-9s are often used for seeking out missing people, explosive devices, and drugs.

RELATED: 92 Military K9s Are Coming Home After Serving In Afghanistan