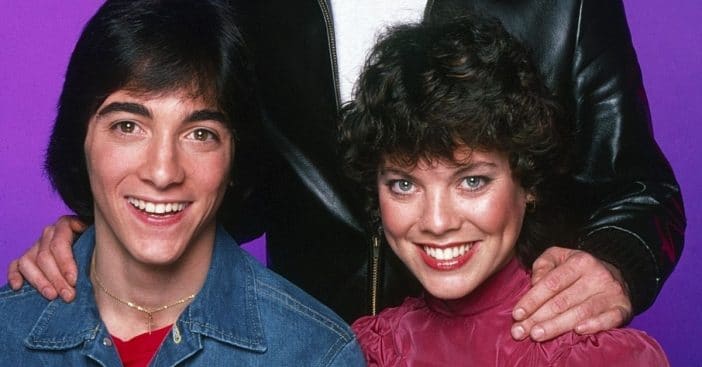 Scott Baio is perhaps best known for his role as Chachi in Happy Days and the spin-off show Joanie Loves Chachi. Recently, the cast of Happy Days came together for a political fundraiser and Scott was not involved and has since said he doe not agree with what the rest of the cast did.

Scott said, “Entertainment shouldn’t be political, especially when it comes to legacy shows like ‘Happy Days’ that have such a powerful place in the hearts of so many Americans. Invoking the show’s name to support a candidate for office was just wrong, in my opinion. That doesn’t change how much I love Donny, Henry [Winkler] and the rest of the crew from ‘Happy Days.’ I just wish they had thought this all the way through.”

Don Most previously shared his opinion on Scott not appearing in the reunion. He said, “I knew that he would not be a part of this because of the differences in political views. So it was not a question of whether he would be a part of it or not. That was a given. But you know, Scott and I, we played golf together. It’s been a while now, about a couple of years, but we’ve stayed in touch somewhat. But in the last year, I haven’t seen him.”

RELATED: Movie Starring Scott Baio Has Been Issued A ‘Do Not Work’ Order

Do you think actors should be involved in political fundraisers? Let’s forget about politics for a moment and remember the moment Chachi came to Happy Days:

Why not check back in on the entire cast of Happy Days:

Click for next Article
Previous article: ‘Little House On The Prairie’: Melissa Gilbert Had To Bind Her Chest As She Hit Puberty
Next Post: Did ‘A Charlie Brown Christmas’ Singlehandedly Terminate Aluminum Christmas Trees?