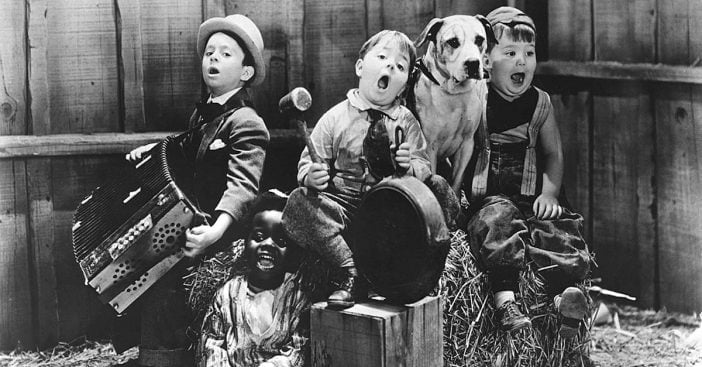 Hollywood “curses” are a strange thing as people tend to look at the collective deaths or another form of misfortune as the result of some sort of supernatural influence in the lives of those involved. Because Bruce Lee died at 32 and his son, Brandon died at 28 (due to a malfunctioning gun prop), was that a curse? With actors who have played Superman, Kirk Alyn developed Alzheimer’s disease, George Reeves committed suicide, Christopher Reeve suffered a crippling horse-riding accident. Is that a curse? And then there are the members of Our Gang, better known as The Little Rascals.

Now some have certainly suffered terrible ends, like Carl “Alfalfa” Switzer being shot to death over a $50 debt, Darla Hood continuing as an entertainer into adulthood, but dying at age 47 as a result of a blood transfusion contaminated with hepatitis; Mattew “Stymie” Beard suffering a stroke at age 57, falling down a flight of stairs and sustaining head injuries, which, combined, with pneumonia, resulted in his death; or Billy “Froggy” Laughlin, hit by a truck while riding a scooter, costing him his life at 16. But does all of this constitute a “curse?”

RELATED: Here’s What Happened to the Kids from ‘The Little Rascals’ 2020

Film historian Leonard Maltin, who has probably written more on The Little Rascals than anyone, and co-authored the book The Little Rascals: The Life and Times of Our Gang, got to speak to many members of the cast through his research and explored the different directions their lives went. Leonard says. “A number of people have written and done TV stories about the so-called ‘Our Gang Curse’ and there is fodder there for a chapter of Hollywood Scandals. Are there some sad stories about some of the former Our Gang kids? Of course. But there’s also some happy stories, so there’s no one, single answer.”

He notes that some of them had a good life in the spotlight and a more positive experience making the transition into adolescence and, then, adulthood than others. “But,” he emphasizes, “the truth is, we all know that being a child actor coddled, told that you’re cute and fawned over is a recipe for potential heartache when things have changed and you’re no longer as cute as you were and you grow into your teenage years. My armchair psychologist observation is that the ones who survive make the transition the best. I’m talking about the ones who had strong family lives, and solid family background the way Shirley Temple did. She wasn’t part of Our Gang, but she was a child star certainly in the same era. Alfalfa, for instance, did not have that. And some of the others did not.”

In other words, like all of us, some of them led good lives while others suffered tragic ends or a combination of both. But a curse? Not so much.

Click for next Article
Previous article: ‘Halloween’ Creator, John Carpenter, Reunites With Car Used In 1978 Classic Movie
Next Post: Academy Apologizes To Sacheen Littlefeather For The Way She Was Treated At 1973 Oscars