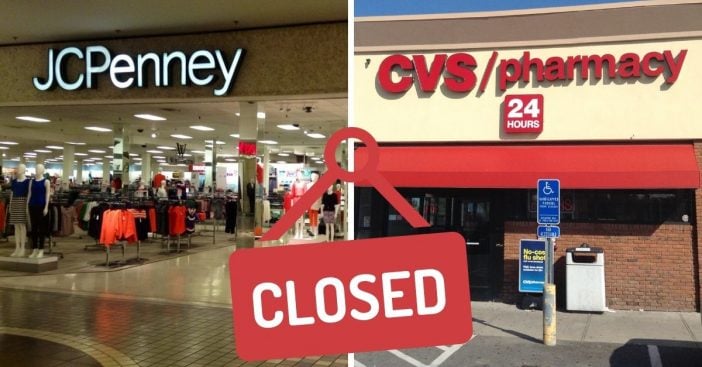 Sadly, the in-store shopping experience may be coming to an end for those who are nostalgic for it or simply prefer to shop in-store. Digital shopping services such as Amazon are dominating right now, causing many brick-and-mortar stores to, unfortunately, go out of business. Since 2017 alone, we’ve seen over 20,000 businesses close their doors, according to The Krazy Coupon Lady.

In addition to the coronavirus pandemic causing a major drop in sales, this has only caused a greater struggle for the already-suffering stores. Here’s a complete list of the stores closing by the end of 2020.

Pier 1 Imports originally announced they would only be closing half their stories back in May. However, they later decided to close all 950 stores.

RELATED: A Complete List Of Stores Closing By The End Of 2019

Papyrus filed bankruptcy back in January and later announced that they would close a total of 254 stores by the end of 2020.

Back in February 2019, GAP announced that about 230 stores would close before February 2021.

Last August, as part of a cost-cutting program, Walgreen’s Pharmacy announced that they would close about 200 locations.

JCPenney has been announcing closures for a while now, so it seems like they’re on pace for a pretty rapid decline and closure. They filed bankruptcy in May and they plan to shut down 154 more stores before the end of the year.

The beloved crafts store will be closing about 145 locations. Some of them did come back as Michael’s Craft stores because they bought some of the A.C. Moore locations.

Macy’s will be closing about 125 mall locations. They plan to ultimately close one-fifth of their department stores.

Office Depot plans to close around 90 locations by 2021.

The fashion store will be closing 66 locations this year, which includes the 31 Express stores that closed earlier this year.

Another one that has been enduring a slow and steady decline. Sears will be closing another 51 locations after filing bankruptcy in December last year.

Kmart experienced 50 more store closures this year after filing bankruptcy nearly two decades ago. There are now just a few left in existence.

After several years of suffering, Lord & Taylor closed all 38 store locations. The coronavirus pandemic was the leading cause behind the final closure of one of the oldest department stores in the U.S.

A nostalgic childhood treasure, Chuck E. Cheese will be closing 34 of its locations. Business has been extremely minimal since the pandemic began despite utilizing delivery services like GrubHub.

Make sure your prescriptions are set to be delivered to a pharmacy in-business! CVS closed about 46 stores last year and plans to close another 22 locations this year.

After filing bankruptcy in May, Neiman Marcus is closing the majority of their 22 Last Call stores.

Another beloved department store, they intend to close 16 locations this year.

An estimate of 16 Hallmark locations will close this year.

Walmart is one of the stores still doing fairly well right now, but they still closed 2 locations back in March.

Bloomingdale’s only has 35 locations, and only one made the literal cut in 2020.