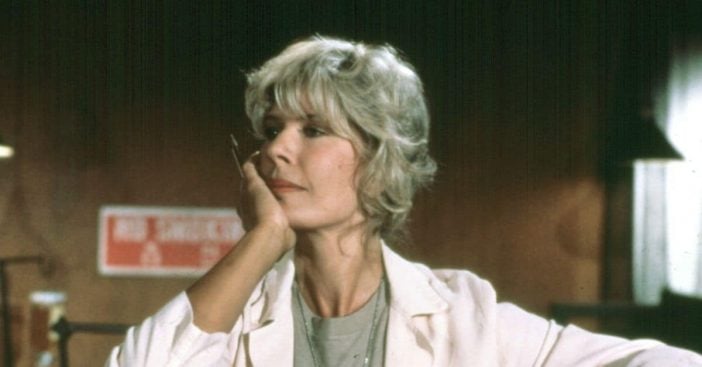 Many kids these kids will snoop to find out what they’re getting for Christmas. Did you ever snoop? It is easier and easier as kids now can just look at the browser history on their parent’s computer or check email for shipping notifications. M*A*S*H’s Loretta Swit said she never wanted to know what she was getting for Christmas, but her parents never gave her the gift of a surprise.

Loretta revealed that her mother would take her and her siblings shopping to pick out their own presents. She gave simple advice to other parents who want to go this practical route: just don’t do it! She said, “Mother always had a thing about saying, ‘Well, we don’t know what you need, so why not come shopping with us?’ So I didn’t even get to open a present and be surprised.”

Even so, Loretta looks back fondly on Christmas memories with her family. When she was grown up, she stayed very close with the M*A*S*H cast. So close that she and her mother spent Christmases with Jamie Farr, best known as Corporal Maxwell Q. Klinger.

She said, “Jamie was my mother’s favorite. We would spend Christmas and New Year’s with Jamie and his family. And that’s where she wanted to go.”

Click for next Article
Previous article: David Lander, Squiggy from ‘Laverne and Shirley,’ is Dead at 73
Next Post: Before He Was Tim Taylor, Tim Allen Was Busted For Drugs