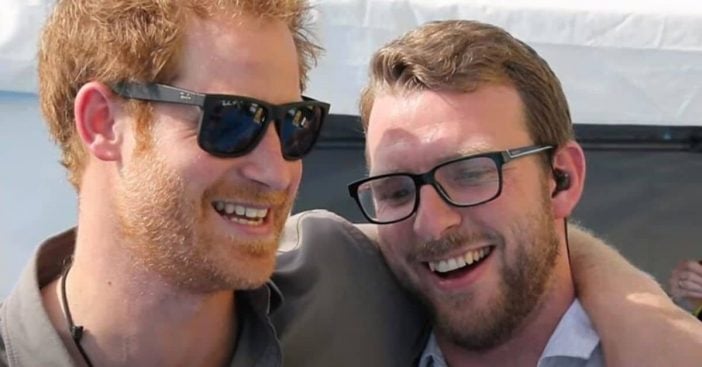 Prince Harry made an appearance on the UK’s version of Dancing With the Stars. It is on BBC and called Strictly Come Dancing. One of the contestants is British military veteran JJ Chalmers. Prince Harry appeared to cheer JJ on and it was his first appearance in the UK since moving to the United States with his wife Meghan Markle and their son Archie.

Harry called in during one of the training sessions to say hello. Harry and JJ first met when Harry volunteered for the royal’s Invictus Games. JJ was a disabled veteran who suffered life-threatening injuries to his arms, face, and legs while serving in Afghanistan. He went on to become an Invictus Games medallist.

Harry revealed, “When I first met JJ, he was a shell of himself. But then to see you shine through Invictus and to become like yourself again — that was Britain’s amazing journey.”

I can’t put in words what this means to me.

Not the scores I hoped for, but ultimately a response beyond my belief.

I loved the Jive and I gave it my best on the night. But please believe me, I will make sure I come back stronger, for all who voted for us.#Strictly #ThankYou pic.twitter.com/iDUFquMesA

JJ responded, “The simple fact is, if Prince Harry had not created the Invictus Games I would not have had that catalyst moment that changed my life forever. I wouldn’t be here without him. You know that your vision going into the games was to take this cohort of individuals and send them off so that they could have an impact on society.”

Check out the cameo below: