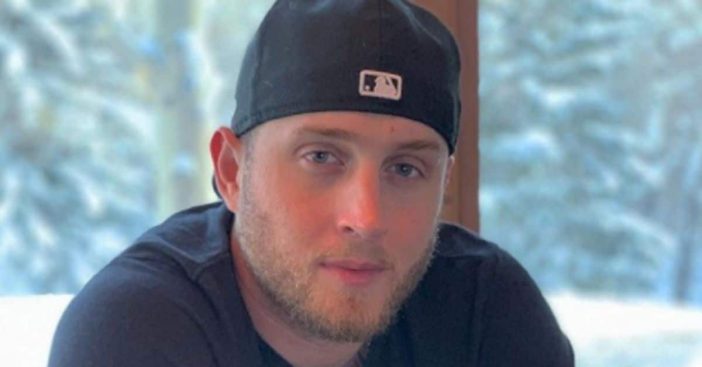 Chester, also known as Chet, is the self-proclaimed “black sheep” of his family as he has been known for publicly battling addiction and other personal issues. With his father as America’s sweetheart (Tom Hanks), and of course having a famous mother as well (Rita Wilson) he must feel that he has a lot to live up to and he fully acknowledges it.

He previously battled cocaine and crack addiction, trashed a hotel room, and had several visits to rehab centers through the years. Now, he’s found himself in a new controversy as he used a fake Jamaican accent in a video after the results of the U.S. election came through.

Chet Hanks is known for getting himself into controversy

This isn’t the first time he’s found himself in the middle of controversy. He actually faked a Jamaican accent at a Golden Globes event as his dad was presented with the Cecil B. DeMille award. “BIG UP FIMI WHOLE FAMILY SOON COM AT DI AWARDS NA SEEN,” Chester captions the clip. “CHUNE IN.” This was, of course, met with a lot of backlash as people slammed him for his “white privilege” and cultural appropriation.

RELATED: Tom Hanks’ Son, Chet, Talks About Life Being The Son Of Such A Beloved Actor

Turning his life around

There was also a time where he posted a new song called “Juice” where he used the N-word, and shortly after, defended his use of the word. “The way I see it, it’s a word that unifies the culture of HIP-HOP across ALL RACES, which is actually kind of a beautiful thing,” he says at the time. He disappeared soon after and came back to reassure his followers he was fine and had been in rehab.

“I just want to let you all know, I’ve been in rehab … and I’m doing pretty damn good. A couple months ago I was selling coke, doing coke until I couldn’t even snort it up my nose anymore because it was so clogged. I even smoked crack. If I can change, you can change. There is a solution.”

He has, however, expressed how much he loves and admires his parents. Chet previously called his parents the “best people ever.” He continues, “I love my parents so, so much. They did a really good job raising me. Great dad, great mum. I’m extremely blessed just to have great parents.” Chet has also stated that his daughter has inspired him to keep clean, stay sober, and live a better life.