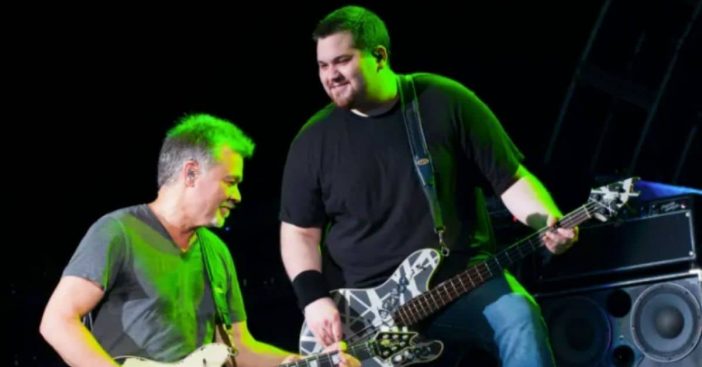 Wolfgang Van Halen has been working on his solo album for many years and now it’s finally coming to light, shortly after his father Eddie Van Halen passed away. He’s releasing the first single from his album, a song called “Distance,” which he is dedicating to his late father.

“Distance is a song that was initially written for the debut album, but was going to be held for a later time,” Wolfgang says of the song according to Guitar World. “As my pop continued to struggle with various health issues, I was imagining what my life would be like without him and how terribly I’d miss him. While this song is incredibly personal, I think anyone can relate to the idea of having a profound loss in their own life.”

Wolfgang Van Halen on his new song, dedicating it to his late father

He continues, “I never anticipated ‘Distance’ would be the first song of mine that people would hear, but I also thought my father would be here to celebrate its release along with me. This is for him.”

Prior to his passing, Eddie described his son’s debut solo album as “AC/DC meets Van Halen meets aggressive pop. The riffs are catchy. It’s a little of everything and sounds like a freight train coming at you. I’ve never heard anything quite like it. It’s so powerful that I’m jealous.” The song will be released on November 16th. Check back for more updates!
Click for next Article