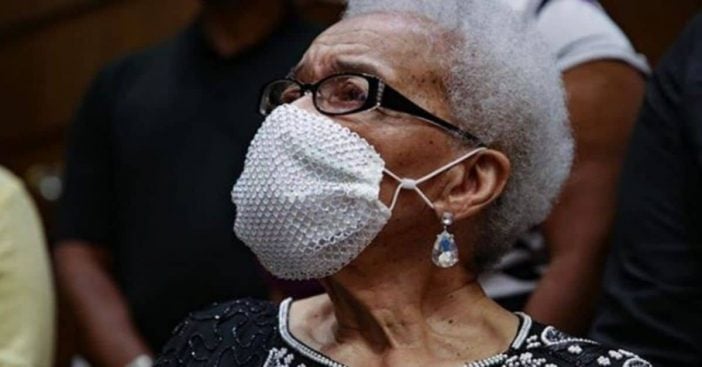 Martha Mae Ophelia Moon Tucker is 93 years old and has worked every single Election Day as a poll worker since 1963. The 2020 election was sadly her last as she is retiring from the work. She worked at a precinct in Birmingham where she was chief inspector. “I’m going to vote as long as they let me, as long as I have breath in my body,” Tucker tells City Council last week.

Her contributions to democracy have been widely recognized over the years by her community. “I didn’t do it for the recognition,” she says. “I did it because it was right. I want to thank all those who have worked with me. This has let me know that my work has already spoken for me.”

Council member Crystal Smitherman actually says that Tucker inspired her to run for public office. “I want to thank her, because when I was younger and my parents went to vote, Ms. Tucker would give me the sticker,” Smitherman says of the 93-year-old poll worker. “Because of her, I make sure that I vote in every election.”

RELATED: 103-Year-Old Talu Massey Has Been Voting Since FDR’s 1940 Election

What an incredible 57 years of service to her community!