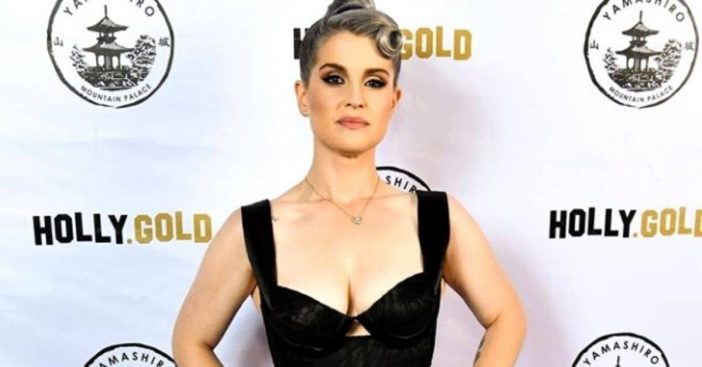 Kelly Osbourne recently revealed her new look to the world. She worked hard and lost 85 pounds. Now she is enjoying dating and turning down guys who were not into her before her weight loss! Kelly said that guys who previously turned her down are now trying to ask her out.

She admitted that she would never date a guy now that would not date her before her weight loss. She said that she recently turned down seven men in one day! Kelly appeared on her mother Sharon’s show The Talk to open up about dating and weight loss.

My hairstyle is called ‘I tried’

She said that she is having lots of fun. She shared, “Do you know what it was, it was all guys who I had been interested in before but had all made comments about, ‘She’s great, but she’s too fat,’ or ‘She’s great but… So it was all those people who came back ’round again and I was like, ‘No, no.'”

Several years ago, Kelly had gastric sleeve surgery but it was not an immediate weight loss. She said, “I did the gastric sleeve almost three years ago. So when I say it’s not a quick fix, it is not a quick fix. You have to eat right, you have to work out, you have to do everything that you would normally do. It’s just a gentle nudge in the right direction of just completely changing your life and your habits and becoming the person you were always born to be.”

I still can’t believe that this is actually me in these pictures!!!! hard work, acceptance of who you really Deep down under all that insecurity/fat can turn into a beautiful thing. In the past I lost weight for social acceptance. This time… I did not lose weight anyone but myself and it feels great!!! If you too are on a path transformation before you do anything… you have to learn to love yourself. I love you guys so much

She shared all of this because she didn’t want to lie to her fans. People would notice her weight loss and she wanted to be completely transparent about how she got there. She really looks great! In conclusion, watch the interview below: