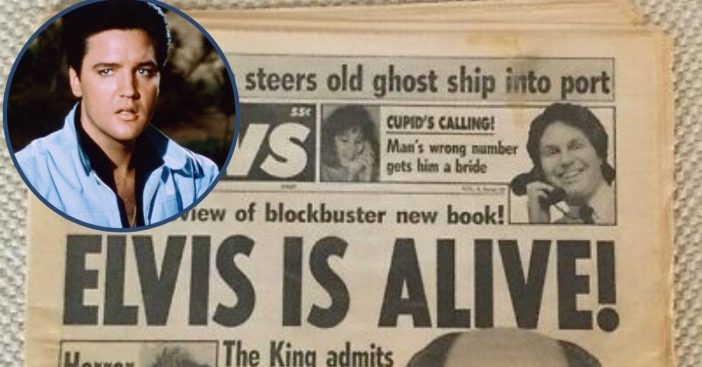 There have been a lot of theories throughout the years about Elvis Presley actually being alive and well long after he was pronounced dead. A lot of fans have actually come to believe that he faked his death after alleged “sightings” of the King himself reported in local newspapers.

Much of this evidence was collated by Gene Smith in his TV special, The Elvis Files. Moreover, handwriting analyst Paul Weast took a look at Elvis’s death certificate while on the show. He notes that the death certificate of Elvis was written in what appears to be his own handwriting.

While analyzing both the official death certificate and a separate letter from Elvis, the analyst saw a lot of eerie similarities. “I was supplied with a copy of a letter written to President Nixon in 1970, and the death certificate at the time of his reported death,” Paul says at the time.

Paul continues, “The result of my examination was that i found that the slant matched on both documents. The size of the letters was the same, and many of the individual letter forms were the same.”

He adds, “My conclusions after this exhaustive examination was, in my professional opinion as a document examiner, that same person who wrote the letter to President Nixon also wrote the death certificate of Elvis Presley’s death.” While it certainly is eerie and downright shocking, could this really be proof that Elvis faked his death and that he was alive well after his ‘death’? Well, Maria Columbus (president of the Elvis Presley Fan Club) also spoke about her thoughts on the theories.

“When we got ahold of the inventory of Elvis’ estate… it felt wrong,” she says to Gene at the time. “There were so many things missing that should have been on there. Elvis’ diaries, his journals… A plane was missing. He was listed as having six or seven pieces of jewelry – I’m sure you know Elvis had more jewelry than that! No photographs of his mother listed, none of his daughter.”

What do you think? Do you believe these theories?

Click for next Article
Previous article: Whatever Happened To Ron Carey, Officer Levitt From ‘Barney Miller?’
Next Post: Kansas Holds A Realistic ‘Little House On The Prairie’ Museum