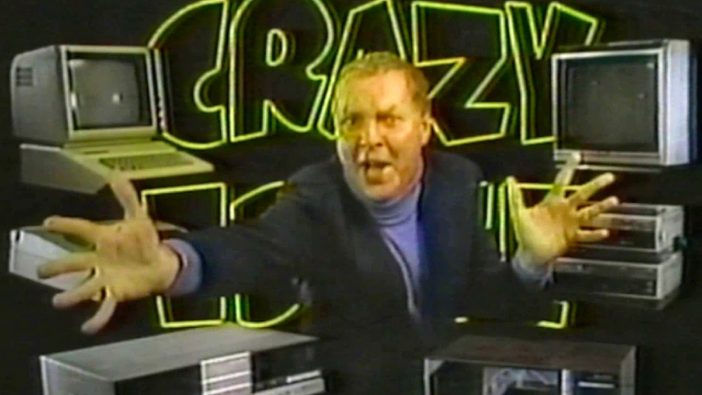 If you lived in NYC during the 1970s, and ever watched TV, you saw one of the most annoying commercials imaginable. It was for Crazy Eddie’s, whose prices are INSANE!

A dopey looking guy wearing a cheesy cape and crown played Crazy Eddie, whose insanity was based, presumably, on his willingness to practically give away electronic equipment. (You may have seen these commercials lampooned on a Seinfeld episode, where Elaine was dating the actor playing the crowned maniac.)

In real life, Crazy Eddie was Eddie Antar, who was arrested for security fraud in 1987. He failed to employ an insanity defense when charged, however, and got eight years in the slammer.