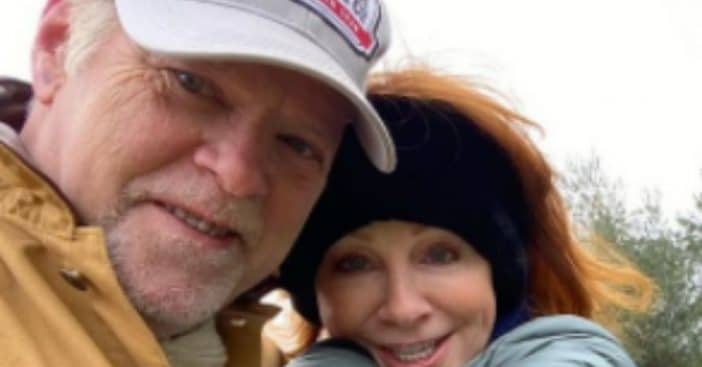 Reba owns a farm complete with lots of animal friends. She has been sharing photos that make it clear they are having tons of fun on the farm with the animals. For instance, she shared a photo of herself, Rex, and a donkey that is named Poncho.

She joked, “When Poncho got wind of the picture of Rex and me with Mr. Pecker, he got his feelings hurt. So here is Poncho. Please don’t tell Lefty…. @rexlinn13 #ponchodonkey” Mr. Pecker is referencing her chicken that she previously posted a photo of.

Later she posted a photo of herself and her three horses. She wrote, “Well, the boys heard about the picture of Rex and me with Poncho. They got their feelings hurt. So here’s a picture of me and the boys.… Don’t tell Lefty.” Reba hasn’t revealed who Lefty is yet.

Reba and Rex had their first date about a year ago. She later said they have known each other since 1991 when they both worked on the Kenny Rogers film The Gambler Returns: The Luck of the Draw. They kept in touch but were just friends. After their dinner in January, they started talking more and more and realized there was some romantic compatibility there!

Click for next Article
Previous article: Rumer Willis Is Celebrating Four Years Of Sobriety
Next Post: This Poker Episode In ‘M*A*S*H’ Was A Nightmare For The Show Writers