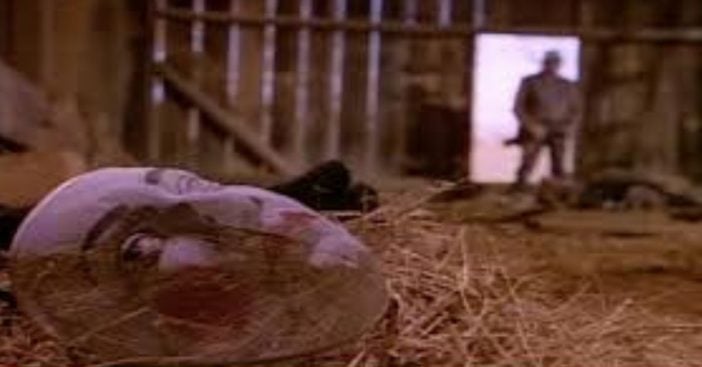 The ’80s saw a slew of horror and slasher films destined to inspire fear. The decade included Friday the 13th, Child’s Play, A Nightmare on Elm Street, The Shining, and Aliens. That’s just naming a few. And, of course, 1981 also marked the debut of Little House on the Prairie‘s own horror episode, “Sylvia.” Wait, what?

Throughout its runtime, Little House on the Prairie had no shortage of chilling scenarios unfold in its episode. Mary Ingalls alone experienced several lifetimes worth of trauma at her young age. But the episode “Sylvia” manages to stand out remarkably for its mature themes, content, and visuals. Indeed, an attacker dressed as a mime was enough to give all viewers chills – as evidenced by the shocked reactions and warnings they issued online.

“Sylvia” depicts horror by showing some and hiding the rest

Little House on the Prairie has no shortage of intense, somber scenes that get the audience on the edge of their seat. In fact, all the ills that befell Mary Ingalls prompted the actress to bow out. But “Sylvia,” a two-part episode started on episode 17 of season 7, still stands out. It follows Sylvia, a sheltered teenager living under her controlling father. She’s stalked and ultimately raped by an assailant dressed as a mime. Though Little House doesn’t show the attack in graphic detail, it’s able to terrify the audience – and inspire some nightmares – through selective imagery.

For example, her attacker’s face is literally unreal, covered in a mask. Exaggerated features look absolutely lifeless drawn over a ghostly white face, complete with pale, staring eyes. Horror Homeroom notes that star Michael Landon wrote and directed “Sylvia,” which he did for some of the show’s most memorable episodes.

To this day, it contributes to and inspires the genre

The show has quite a few tragedies, from blindness to devastating fires that burn down a school. But Little House wouldn’t be viewed as a big entry in the horror genre, right? Wrong. Horror Homeroom further points out that “Sylvia” derives clear inspiration from the subgenres of slasher and Giallo. Giallo refers to inexpensive paperback novels featuring mysteries that enjoyed popularity in Italy. Furthermore, it mirrors other established scary titles, including Frankenstein (1931).

Additionally, it inspires quite a bit of shock and horror from viewers to this day. Most of that, though, comes from the shockingly hurtful challenges Sylvia faces – shocking because of how unexpected they were, as evidenced by a 2005 review on Amazon. The reviewer updated her comment in 2016, writing, “My girls, now 20 and 17, remember vividly how frightened they were after viewing this episode.” And after the family’s initial viewing over a decade ago, the mother writes, “ The rape was treated without revealing much skin but the male figure that raped Sylvia was so frightening to my children that my youngest daughter actually shook (needless to say she quit watching after this but was haunted by that image that night and now several weeks later is still asking questions).”