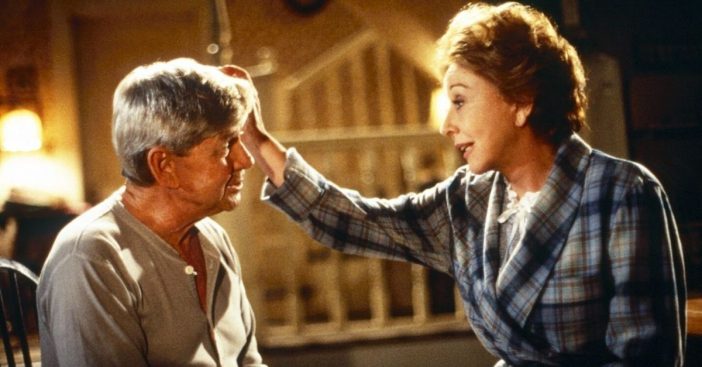 Often, events and relationships on screen don’t actually exist in real life. But sometimes, life imitates art in remarkable ways. In this case, the love between Olivia and John Walton Sr. existed on The Waltons and behind the scenes both. Their actors, Michael Learned and Ralph Waite, actually loved each other as more than caring colleagues.

Both actors felt a connection they could have further explored. But they felt continually aware of what they had on the show and in their personal lives. It took a lot of navigating, but thanks to this messy web, they could better play husband and wife on The Waltons.

“We had a deep love for each other that we would have ruined if we had taken that extra step, and we didn’t,” Michael Learned explained, speaking of the feelings between her and Ralph Waite. “We never did. We thought about it, but we didn’t. And I think that’s why we became a spiritual husband and wife if you will, and I miss him terribly. His wife is a very good friend. But what Ralph and I had was something that came across on screen.”

If something fractured their advanced relationship, however, they would have put themselves in a very difficult situation as co-stars working together each day. They would not risk any potential strains showing through their portrayals of Olivia and Ralph Walton Sr. Still, they acknowledged enough to channel their feelings through their acting. It was hard not to, based on writings by Mary Elizabeth McDonough, who played Erin Walton. She recalled, “Ralph has very penetrating eyes. With one look, he can scare you, make you laugh, or cause you to burst into tears.”

A cast becomes a family

Today, even reality TV families mesh differently and encounter conflicts together offset. The casting directors and producers for The Waltons chose well, however, and found people who would not just be actors; they would be a family with each other, too. Just about everyone cared deeply for their peers. Series creator Earl Hamner Jr. acknowledged how the younger cast members would feel towards the end. He went on, “I know toward the end, Michael and Ralph, together they’re stage mother and father, were very worried that the kids might be too distraught at the break-up of the stage family, and they took great pains to be certain that there would not be a break-up. They were not going to leave them, and even to this day, there’s still a family feeling.”

McDonough seconds this testimony, stating they’re all still close. She also said part of this comes from the well-chosen actor behind the Walton patriarch, Ralph Waite. “Ralph has always wanted the best for people,” she stressed. “I love him for that, and for the continued smiles and laughter he still brings me.” Just thinking about him would make Learned warn she was “going to tear up.” He was very complicated, which she felt made him such a talented actor. Though, she clarified, “But if we’d been married or something, I might have had a problem with his complicatedness and he might have with mine. We’re both very flawed human beings, but I loved him dearly, what can I say? And he loved me.”

Click for next Article
Previous article: Whatever Happened To Loretta Swit, Major Margaret “Hot Lips” Houlihan on ‘M*A*S*H?’
Next Post: Drew Barrymore Talks About The Effect The Fonz Had On Her Growing Up