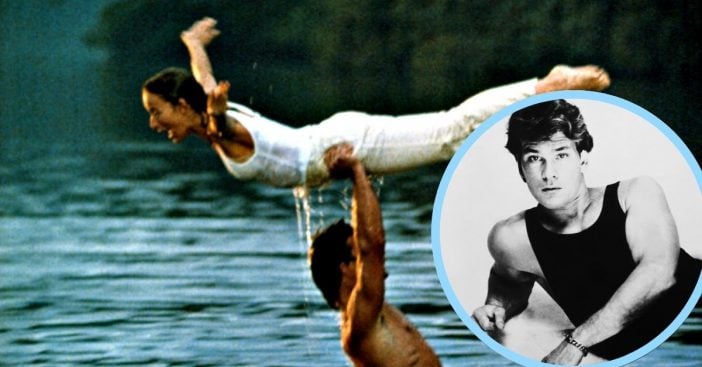 It’s not uncommon to meet someone who’s very good at one specific skill. Dirty Dancing revealed that Patrick Swayze could do a lot of things, including singing and songwriting. Really well. In fact, he had an ear for music composition in general, which worked in everyone’s favor.

That’s because Patrick Swayze put that gift to very good use. His composition, “She’s Like The Wind,” earned high ratings among listeners longer than some icons today. Thanks to him and co-writer Stacy Widelitz, a timeless movie got an equally powerful song for its soundtrack, too.

Released in December 1987, “She’s Like the Wind” has a prominent role in Dirty Dancing. But Patrick Swayze originally composed and planned to sing this song for a different reason. Shared cites a touching legend that Swayze wrote it for his wife Lisa Niemi. The two’s marriage lasted 34 years, with Swayze head-over-heels for her. However, even with these romantic origins, its use changed throughout its lifespan.

He and his close friend, Nashville-based composer Stacy Widelitz, co-write “She’s Like The Wind” together. When it came time to record the song, he approached Wendy Fraser for part of the vocals. Both their voices feature throughout the song and it came to be billed as performed by “Patrick Swayze & Wendy Fraser.”

The pieces fall into place

Originally, the song was destined for a different movie altogether. However, filming for Dirty Dancing began and the crew learned Patrick Swayze didn’t just dance and act; he could sing and compose songs too. He played a demo of the song for the movie’s director and producer, who then passed it on to the soundtrack’s executive producers. The union was complete

An accompanying music video does this miraculous hit justice perfectly, which is important for something so monumental. After all, it helped the movie’s soundtrack rank number one among music fans for 18 weeks in a row. It also inspired a number of covers, but Patrick Swayze singing in this haunting music video make a one-of-a-kind experience. Watch it below.

Click for next Article
Previous article: Olivia Newton-John Opens Up About New Foundation, Gives Advice For Women With Breast Cancer
Next Post: 86-Year-Old Sophia Loren Is Coming Out Of Retirement To Star In Netflix Film