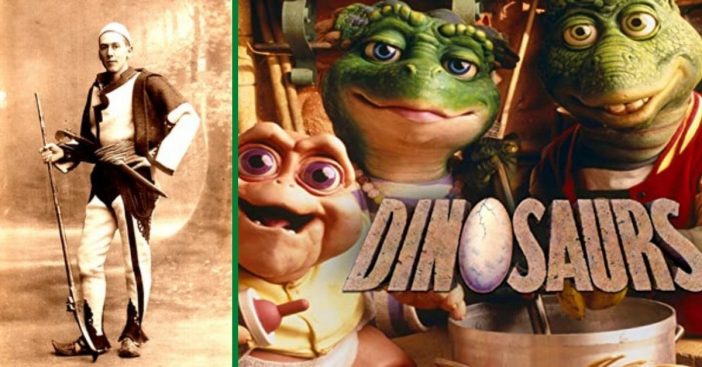 During its runtime, Dinosaurs incorporated a lot of relevant themes into each episode. Lines could reflect events in modern day. Additionally, entire episodes drew influence from real history. In the episode “I Never Ate for My Father,” the show embraces its roots through Robbie and draws inspiration from the distant past. In particular, it parallels the life of Franz Nopcsa.

Just who was Franz Nopcsa? It depends who’s asked. Impersonal responses would just call him a baron. But fellow scientist Bajazid Doda, he was his boyfriend. What does this have to do with Robbie in Dinosaurs? The similarities between his life and this nostalgic show are shocking.

Transylvanian native Franz Nopcsa was born with a bountiful fortune and thirst for knowledge thanks to his title as a baron. Flamboyant and inquisitive, he soon met fellow scientist Bajazid Doda. Together, they conducted expeditions in search of dinosaur fossils. During their research, Franz vehemently theorized that dinosaurs actually took care of their young. In those days, such a theory did not gain a lot of respect; only today is it now widely-held.

RELATED: “Dinosaurs”: The Most Traumatizing Series Finale Ever

When World War I erupted, they also served as spies together. A famous duo, they ended up captured by bandits during one of their newest quests. Fortunately, Bajazid’s father eventually rescued the pair, sending armed guards to retrieve the couple. Their life in the 1800s to 1900s made this acceptance rather remarkable. In the end, familial love triumphed over any prejudices of the time. Prepare to hear a very similar story below.

Robbie let everyone know, “I Never Ate for My Father”

Robbie Sinclair has a secret he must share with his prehistoric family. Despite coming from an environment that eats meat first and foremost, he himself is a herbivore. Upon hearing this, Earl and Fran Sinclair respond with shock and open disapproval. They demand to know how long Robbie’s known and are quick to tell him such behavior just isn’t natural. Perhaps these were words Franz Nopcsa had to hear.

Then, a carnivore eats Robbie. His family could let the ordeal end then and there; they’d told him everyone must eat meat, that his way was incorrect. But then Fran recites an important philosophy: families look out for one another; parents care for their children, no matter what. Thus, the family rescues Robbie from the larger carnivore and sees how dangerous their mindset of not accepting their son can be. Sound familiar? Replace Robbie with the baron and his parents with the father and his bodyguards. And all of this happened thanks to Franz’s theory that dinosaurs, like many other creatures, looked after their kids.