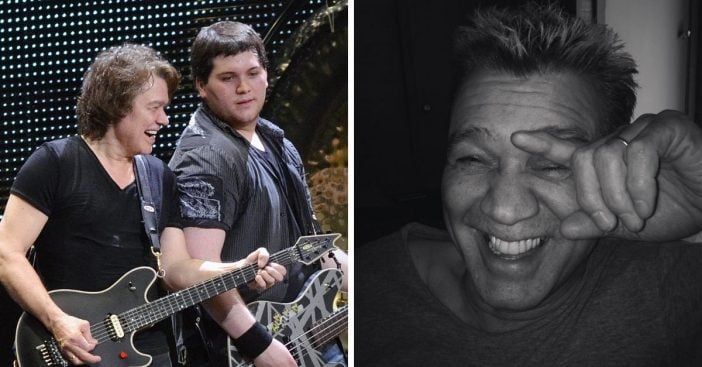 News broke today that iconic guitarist, Eddie Van Halen, has passed away. He died at the age of 65 after a decade long battle with cancer. His son Wolfgang confirmed the sad news on Twitter. Wolfgang is Eddie’s son with ex-wife Valerie Bertinelli.

Wolfgang wrote on Twitter, “I can’t believe I’m having to write this but my father, Edward Lodewijk Van Halen, has lost his long and arduous battle with cancer this morning. He was the best father I could ever ask for. Every moment I’ve shared with him on and off stage was a gift.”

He ended the tribute with, “My heart is broken and I don’t think I’ll ever fully recover from this loss. I love you so much, Pop.” He shared a beautiful black and white photo of his father laughing with the post.

Wolfgang is a bass player who would often play with his father in the band Van Halen. Sending our condolences to Wolfgang and the rest of the family. RIP Eddie. You will be greatly missed but your legacy lives on forever.

In conclusion, watch the father and son play on stage together in this clip: