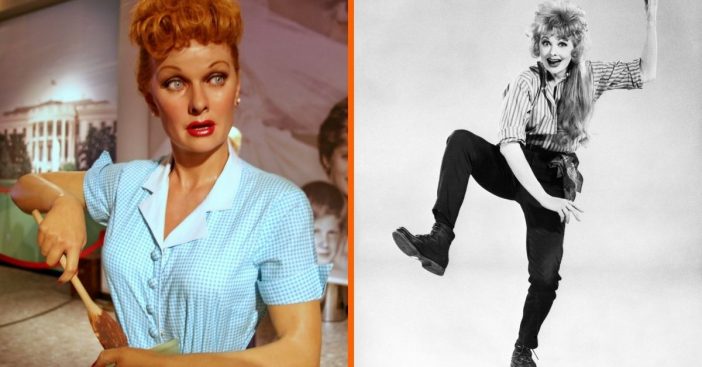 TV personas don’t always match up to an actor’s true self. Naturally, the job has them embodying many different people and personality types. After I Love Lucy, Lucille Ball knew she wanted to play the absolute opposite of Lucy Ricardo. Why?

TV stars can find their identities shaped by their role on shows. I Love Lucy ran for six seasons in six years in the ’50s. In that time, she shaped television history. But by its end, enough factors came into play that she wanted separation, growth, something new.

On set and behind-the-scenes a lot of factors aligned to inspire a want for change in Ball. Playing Lucy Ricardo meant being a zany, mischievous housewife in a healthy relationship with her husband. Privately, though, her marriage with Desi Arnaz was quite turbulent. Both could have volatile tempers and Arnaz engaged in self-destructive behavior that left Ball drained. Additionally, he was a known womanizer.

Meanwhile, in Ball’s view, playing Lucy Ricardo provided no meaning. “What I do is so meaningless, so unimportant,” Ball reportedly mourned to a friend after seeing a play starring Vivien Leigh. Her love for theater traces back to when she was a teenager. 17-year-old Ball dreamed of Broadway after moving to New York. When her show and marriage ended, she sought another open door she’d dreamed about for decades.

Wildcat “Wildy” Jackson from the play Wildcat, gave Ball exactly the character she wanted. She stood apart from Lucy Ricardo as, CheatSheet quotes, “rough-talking, and unbelievably energetic.” It uproots all expectations for the setting and puts Wildy in a Southwestern oil town where she hopes to become rich. Finally, Ball could chase her dream. But it would be hard making it big on Broadway. For one, reportedly, Ball could neither sing nor dance. Furthermore, the show itself faced a lot of problems. Opening night ended up pushed back because of a blizzard. Then Ball needed time off after falling ill. When she thought she was well enough to drag herself onto the stage, she ended up collapsing.

Remarkably, the play started as a commercial hit, but for one reason: viewers thought they would be seeing Lucy Ricardo. Ironically, even Ball reverted to Lucy Ricardo when her stage performance felt lacking. CheatSheet cites one notable incident: “An onstage dog had an accident one matinee not long after opening night, and Ball grabbed a stage-prop broom and addressed the audience. ‘It’s in the small print in my contract,’ she said, Lucy Ricardo-style. ‘I have to clean up the dog [expletive]!’” On another occasion, she asked about Fred Mertz, a character straight from I Love Lucy. Viewers flocking for their Lucy fix likely got it, but in the context of Southern oil dreams, did not fit.