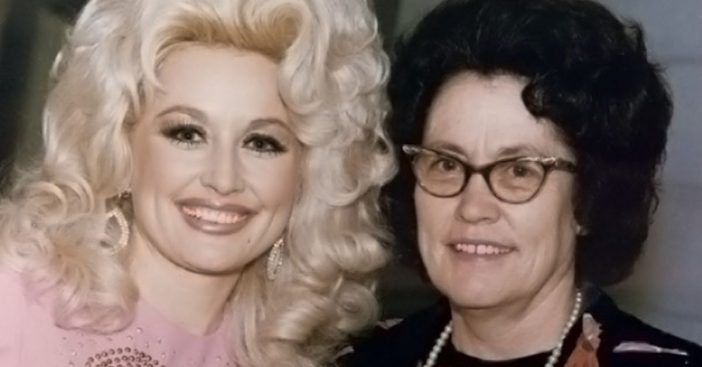 Dolly Parton has recently revealed a very interesting story about the time her mother sewed her toes back on after an accident when she was a child. What’s even more shocking is her mother used the same needle that she used to make quilts! Parton was born and raised in Tennessee and her parents were sharecroppers. Her father also hunted for food and the family would also turn to other no-cost ingredients that included rocks.

Partons recalls that when she was younger, her mother, Avie Lee Parton, would make Stone Soup with rocks that she and her brothers would collect. “We always made jokes and said we didn’t even know we were poor till some smart-aleck up and told us,” Parton tells TODAY back in 2015. “We didn’t have any money, but we were rich in things that money don’t buy. You know, like love and kindness and understanding.”

Because her family was poor, they didn’t have money to pay for a doctor when this accident rolled around. “I was probably about 6 or 7. I had jumped across the fence, onto a broken Mason jar and cut three of my toes,” Parton reveals. “Just my little toes on my right foot — almost off. And they were just kind of hanging there. So they grabbed me up and all. My dad and my brothers, they had to hold me down.”
RELATED: Dolly Parton Admits She Looks Fake But Says Her Heart Is As Real As It Gets
“Mama, she put cornmeal — now, you’re a doctor, you might know — I think the cornmeal was to absorb the blood,” Parton says on Dr. Oz’s show in 2017. “They put kerosene on it for antiseptic and mama took her sewing needles — she used to make our quilts and stuff — and she literally had to sew my toes back on. But they worked, and they healed, and I’m still walking on them!”

Whoa! What a crazy story that she lived to tell!
Click for next Article
Previous article: Dolly Parton And Reba McEntire Address Ongoing Rumors Of Feud
Next Post: Whatever Happened To Richard Thomas, John-Boy, From ‘The Waltons’?