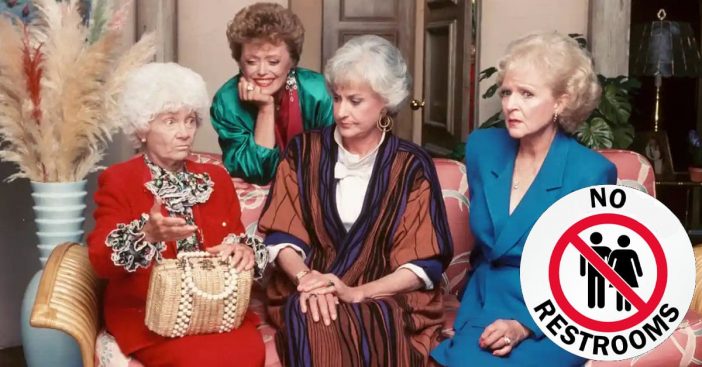 With the announcement that Betty White has died at the age of 99, there are going to be a lot of memories shared regarding the television icon. One of them comes from author Jim Colucci, who wrote a book about a favorite TV show — in this case, The Golden Girls — and was aware that by sitting down with one of the stars of said show, you just never knew what to expect. Would they reflect their on-screen personalities? Maybe they’d embrace the cliché and actually be a jerk in real life. Or, as Jim discovered when it came to Betty, she lived up to everything you’ve heard.

On the series, Betty plays Rose Nylund, though there was a time when it looked like the part would go to co-star Rue McClanahan, who ended up portraying Blanche Devereaux. “Betty was the first person cast and she was going to be Blanche, going along the way her casting went on The Mary Tyler Moore Show,” Jim, the author of Golden Girls Forever, explains. “By the time Rue came in to audition, she’d had her heart set on Blanche and they said, ‘No, that’s Betty’s role. If you want to do this show at all, you’d better read for Rose.’”

This is how nice Betty White is

For Rue there was an incredible sense of déjà vu as a decade earlier she found herself in a similar situation for the sitcom Soap, where she held out for a particular role and didn’t get it. Instead, she agreed and auditioned for Rose, but it was pilot director Jay Sandrich who suggested that she study up on Blanche and read for that part instead. She did, the decision was made and Betty was told she would be playing Rose, to which she agreed. Thankfully.

It’s Jim’s belief that Betty played Rose unlike anyone else could have, and that the role switch plays an integral role in the success of The Golden Girls. “I’ve always had this adage that it takes a brilliant person to play stupid,” he laughs. “Betty is one of the smartest people I’ve ever met and still is. The fact that she played dumb so beautifully is because she’s able to process so many thoughts at one time, where she could remember her next line, hit her mark, play the attitude and the way she described it was she needed to ‘keep the light out of my eyes.’”

What that means is that if you’re going to play a character that is supposed to be so innocent and so naïve, it’s important not to have even a suggestion of a twinkle in your eyes that proclaims you’re obviously the opposite of what you’re conveying. Muses Jim, “She had to keep that light out of her eyes, as she said, for seven years, actually eight years if you include Golden Palace. It required that level of brilliance and Betty brought that.”

He had about an hour to interview Betty, which he did in her “butter yellow living room” accompanied by Pontiac, her golden retriever, lying at his feet. “It could not have been a more Betty White experience,” he says. “We’re in a cheery, yellow, kind of ’70s-looking living room with a beautiful dog at my feet. Betty is a pro at interviewing and even though we only had an hour, that was the equivalent of three hours with somebody else, because Betty can speak in perfect sound bites and gives you what you need right away.”

“I’m just so nice that I don’t go to the bathroom.”

He found her memory to be impeccable and that she has funny observations about pretty much anything you could think of. What he also found interesting was that 61 minutes after they sat down, her assistant came in to say there was no more time for that day. “That’s how scheduled she was,” Jim points out, though the two of them would continue their conversation on the phone.

“By the way, when I arrived at her house, I had come from another interview and I had been at lunch and had had 20 iced teas over the course of it,” he closes. “By the time I got to Betty’s house, I had to pee so bad. I rang the doorbell and she and her assistant answered the door and they stood in the doorway. The first thing I could think of is, ‘Betty, I’m so sorry, but I need your bathroom right away.’ Betty jokingly partially blocked my way for a second and said, ‘Oh, I’m sorry, I don’t have one. I’m just so nice that I don’t go to the bathroom. You’ll just have to use the gas station down the street.’ I love that she knows her reputation for niceness and plays with it.”