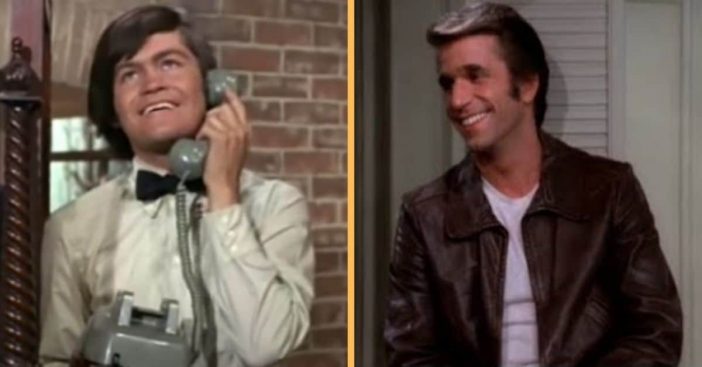 Micky Dolenz might be best known for being a member of the Monkees in the ’60s, but did you know that he almost became the Fonz? Yes, the Fonz, from Happy Days, that ultimately went to none other than Henry Winkler. The show’s creator, Garry Marshall, had an extensive list of people to work through for the role of Fonzie. However, the deciding factors eventually came down between Winkler and Dolenz.

“It actually came down to me and Henry,” Dolenz himself recalls in 2015. “We’re good friends and still laugh about it. I remember when Henry first walked into the [audition]. … He saw me and said, ‘Oh, crap, Micky Dolenz is here. I’ll never get it!’ But I’m so glad he did because he was a much better Fonz than I would have been. He is the Fonz!”

Micky Dolenz was almost ‘The Fonz’

Dolenz was actually cast in a ’50s TV show called Circus Boy before he went off to study architecture. This was before the Monkees came into his life and his entire focus switched gears. “When I read the pilot script and went in for the first interview, I remember thinking it might be something special,” he recalls. “There were other shows about music at the time, and a few other pilots I had been up for, but I remember telling everyone I knew that I really hoped I get this one.”

RELATED: Henry Winkler Says He Is Now Friends With Tom Hanks After Years Of Rumored Feud

He also reveals that he initially had no idea how the actual show The Monkees became as successful as Happy Days did at the time. “There’s no formula,” Dolenz recounts at the time. “You can’t say it was just the four of us or the songwriters, producers or writers. It really was like catching lightning in a bottle. You just do your best to surround yourself with talented people and work hard and take chances. At a certain point, the whole becomes greater than the sum of its parts. That’s the magic that exists in this business.”

How different would things have been if Dolenz became the Fonz in Happy Days? Do you think it would have worked out?