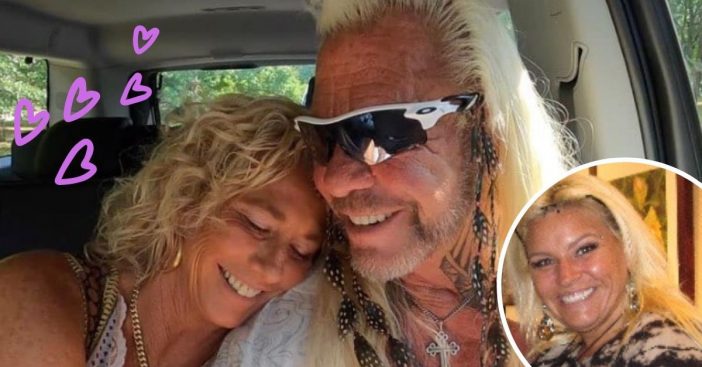 Dog The Bounty Hunter Duane Chapman is opening up about his engagement to Francie Frane. They met and got engaged less than a year after Duane lost his beloved wife Beth Chapman to cancer. Now, they are talking in a new interview and said that God helped them find each other after suffering huge losses. Francie also lost her husband, Bob to cancer last year.

About six months after Beth’s passing, Duane was looking for an excavator. He called Francie’s husband’s number, only to learn that he has since passed away. The two began to talk and realized that they were both suffering from the loss of a spouse. Duane and Francie became friends and eventually fell in love.

Duane revealed that God couldn’t have found him a better match. Francie shared, “We understood the pain that the other one was feeling and (in) those tough days and moments, we helped each other stand up. We could cry with each other and talk about what we were feeling. We were able to walk alongside each other through the pain and heartbreak and it brought us together in this amazing way.”

RELATED: Duane Chapman Says He Won’t Rule Out Dating Again, But Says There Will Never Be Another “Mrs. Dog”

Neither of them were looking for love anytime soon. Francie admitted, “We didn’t expect (this.) My son thought I was going to run off and be a missionary in Africa just not to deal with life without Bob anymore. Neither one of us were expecting what happened, but God brought us together and how it fell into place was a miracle.”

While Duane and Francie are getting married, they don’t plan on forgetting their former spouses. Francie said, “We’re both still grieving. We’re never going to leave Bob and Beth behind (or) forget about them. They’ll always be a part of us.” Duane added, “I say all the time, ‘Beth, I’m glad you provided me with Francie because that wasn’t on my list.'”

Click for next Article
Previous article: Reba McEntire Surprises Fans At Walmart And Signs Copies Of Her New Vinyl
Next Post: Golden Girls Talk Aging In Footage Gem From 1991