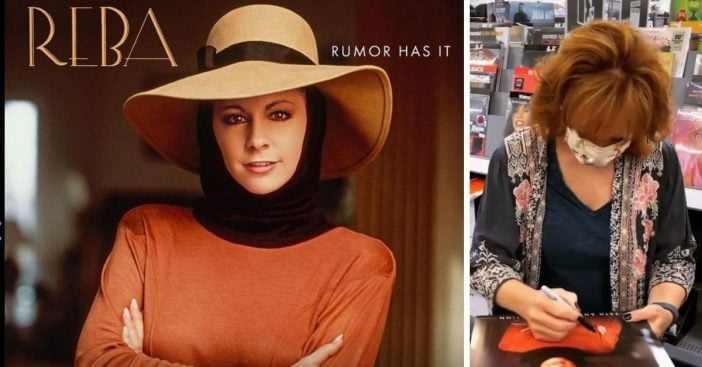 Reba McEntire recently released a very special vinyl edition of her Rumor Has It album to celebrate its 30th anniversary. Originally released in 1990, it contains one of Reba’s top hits of all time, “Fancy.”

Reba surprised fans at a Walmart in Franklin, Tennessee, and signed some copies of the vinyl. She shared a video of herself doing so while wearing a mask. Reba captioned the video, “Stopped by the @walmart in Franklin to sign some #RumorHasIt albums – go by and get yours! @walmart272”

When news broke of the 30th-anniversary re-release, Reba shared her excitement. She said, “I never imagined I’d get the chance to put out an album for a second time. It’s just so much fun to look back and remember where we were and what we were doing when they were originally released.”

She continued, “This album, in particular, is very special to me because it was the first time I got to record with Tony Brown and he was the reason I finally got to record ‘Fancy.’ Now here we are 30 years later and I never end a show without singing that song.”

How incredible would it have been to run into Reba at Walmart? Those fans sure were lucky!