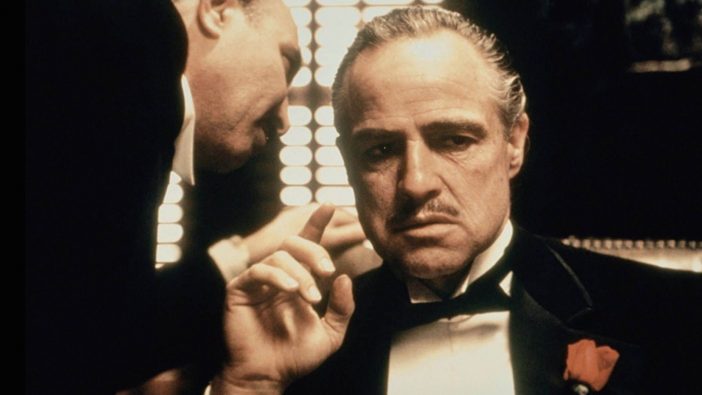 There are few movies that have represented the masterful achievement that director Francis Ford Coppola’s 1972 epic The Godfather has. Based on the novel by Mario Puzo, the film won three Academy Awards in the categories of Best Picture, Best Actor (for Marlon Brando) and Best Adapted Screenplay (for both Puzo and Coppola), and was nominated for seven more. Additionally, it spawned 1974’s The Godfather Part II, the only sequel to win the Best Picture Oscar, and 1990’s less-acclaimed The Godfather Part III.  Now it’s going to be the subject of a streaming 10-episode dramatic TV series looking at its making, The Offer.

Albert S. Ruddy, who produced the original films, will be a guiding force on The Offer, its scripts based on his own experiences during the making of the first film. And anyone doubting the dramatic possibilities should listen to what Star Wars creator George Lucas has to say about Coppola at that time.

‘The Offer’ coming to a new streaming service near you

“Francis said, ‘They’ve offered me this thing. It’s a potboiler gangster movie, but it’s Italian and I liked the spaghetti scenes and all that kind of stuff, and they’re going to pay me a lot of money,” Lucas relates. “He didn’t want to make it. He was just hired to direct, but he did a lot more than direct that movie. He worked on the screenplay, he cast it and he fought with the studio. It was really one of the most horrific experiences I’ve ever seen a director go through in terms of people trying to get him kicked off the picture all the time, studio executives that were just involved in everything and he had to fight every single day. The studio hated the cast, they hated the music, they hated the story. Everything he did, they hated. There was blood everywhere on that movie, but he did get it made the way he wanted it.”

Sounds pretty dramatic to us. In other Godfather news, this December Coppola is revisiting The Godfather Part III with a new director’s cut being released to theaters and on various home entertainment platforms, Mario Puzo’s The Godfather, Coda: The Death of Michael Corleone.

Some new footage to look forward to

Explains Coppola, “This is my preferred title and our original intentions for what became The Godfather Part III. For this new version of the finale, I created a new beginning and ending, and rearranged some scenes, shots and music cues. With these changes and the restored footage and sound, to me, it is a more appropriate conclusion to The Godfather and The Godfather Part II, and I’m thankful to Paramount for allowing me to revisit it.”

A deep dive into the world of the Mafia, the Godfather films chronicle the rise and fall of the Corleone family. While Brando was front and center in the first film, it’s really Al Pacino’s portrayal of Michael Corleone who has been the one audiences have followed throughout the entire saga. The Offer will be offered by the new Paramount+ streaming service.