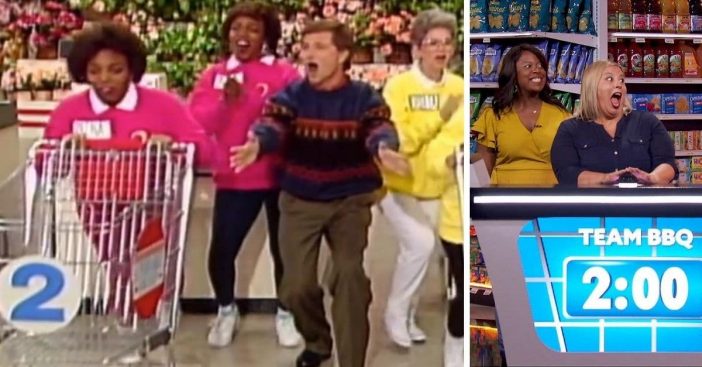 The nostalgic game show Supermarket Sweep is returning! The reboot will premiere on Sunday, October 18, 2020, on ABC. Although the series had some challenges with filming due to the pandemic, they managed to film several episodes. Recently, the show released a trailer with some fun sneak peeks!

Former Saturday Night Live cast member Leslie Jones will host the show. She previously shared that hosting the game show is a dream come true. The original show was on ABC in the 1960s. It later came back in the 1990s and 2000s. Recently, reruns have aired on Netflix, which brings a whole new fan base to the show.

New host Leslie said, “I’ve always dreamed of being on ‘Supermarket Sweep.’ Seriously, I tried out for the show years ago; and after getting turned away, I knew I’d have to take matters into my own hands. Being able to bring the iconic game show back to life on ABC is my ultimate redemption story!”

Due to the pandemic, the episodes were reportedly shot in about two weeks instead of months. Reports say, “There was frequent testing, hand-sanitizing stations, protective equipment, and limited contact — all in compliance with suggestions issued by Hollywood’s unions, as well as state and local guidelines. Electrostatic sprayers were used to disinfect the grocery items, allowing for a large swath of inventory to be sanitized more quickly.”

Are you excited to watch the new reboot of Supermarket Sweep? In conclusion, watch the highly-anticipated trailer below:

Click for next Article
Previous article: 79-Year-Old Martha Stewart Looks Gorgeous While Having A Night Out In Maine
Next Post: Graceland Has Been Vandalized With Black Lives Matter Graffiti