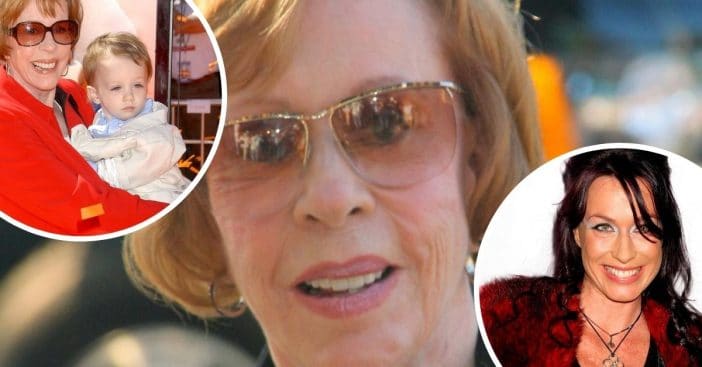 Carol Burnett and her husband are seeking legal guardianship of her almost 14-year-old grandson, Dylan. His mother and Carol’s daughter, Erin Hamilton, is reportedly struggling with addiction. Carol is hoping to be able to take care of her beloved grandson because his mother has been unable to be there for him due to substance abuse issues.

Carol released a statement about what has been going on. She said, “Due to addiction issues and other circumstances that my daughter, Erin, has been struggling with impacting her immediate family dynamic, my husband and I have petitioned the court to be appointed legal guardian of my 14-year-old grandson.”

She continued, “Guardianship will be for oversight purposes concerning his health, education and welfare and not intended to deny him nor the parents proper visitation with one another. We look forward to recovery being the next stepping stone towards normalization and ask for privacy at this time to allow that process to occur.”

Reportedly, Erin has suffered from substance abuse and addiction issues since her son has been born. She has been in and out of rehab and has been institutionalized eight times. Carol also said in a court filing that Erin attempted suicide in July.

Dylan’s father is Kurt West, who is also dealing with issues and is currently in rehab. Erin has another son named Zach, but he is about 23-years-old. Carol previously spoke about her late daughter Carrie, who had also been into drugs. Sadly, Carrie died in 2002 from pneumonia, a complication of lung cancer after being sober for many years.

It sounds like a very tough situation and we wish Carol, Dylan, Erin, and the entire family the best.