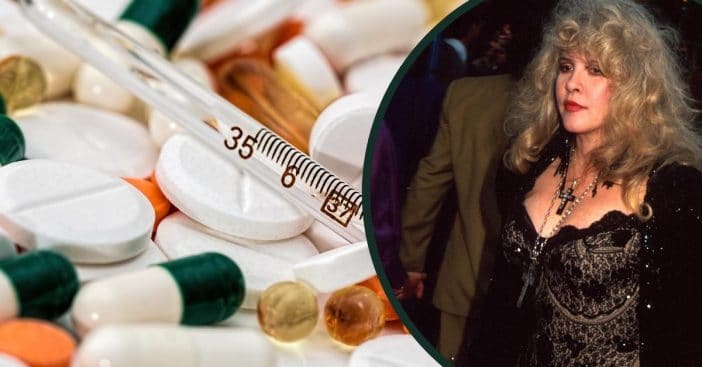 Stevie Nicks of Fleetwood Mac has recently told aspiring musicians that they should put money away for rehab. She says that they should put away around £23,000 ($30,222.34 USD) for recovery if they ever go off the rails after making it big. Stevie herself endured some drug-filled days during parties in the late ’70s. She personally believes that it’s impossible to stop musicians from spiraling into a drug issue.

“I don’t think you can tell a drug addict what to do. I think a drug addict has to wake up one morning and say: ‘I’m a drug addict and I’m ­dying and I’m not going to do it any more.’ Or: ‘Take me to the hospital,’” she says.

She continues, “I don’t think there was ­anybody in the world that could have told Fleetwood Mac or any of the rest of the bands because it was not just us, it was everybody. And it wasn’t just us bands either – it was housewives and lawyers and music industry people and everybody. It was not a good time.”

“And I wouldn’t advise anybody to get into it because if you do, I tell everybody open a savings account and start saving money for your rehab bill because it’s going to cost 30,000 bucks to go and get off these drugs so just don’t start.”

According to LouderSound, Stevie divulges that all of them in Fleetwood Mac were drug users but that she was the worst. “All of us were drug addicts, but there was a point where I was the worst drug addict,” she recalls. “I was a girl, I was fragile, and I was doing a lot of coke. And I had that hole in my nose. So it was dangerous.”

Click for next Article
Previous article: The Game of Clue Was Made To Combat WWII Air Raid Blackout Boredom
Next Post: The Interesting History Behind The Famous Woolworth’s Lunch Counter