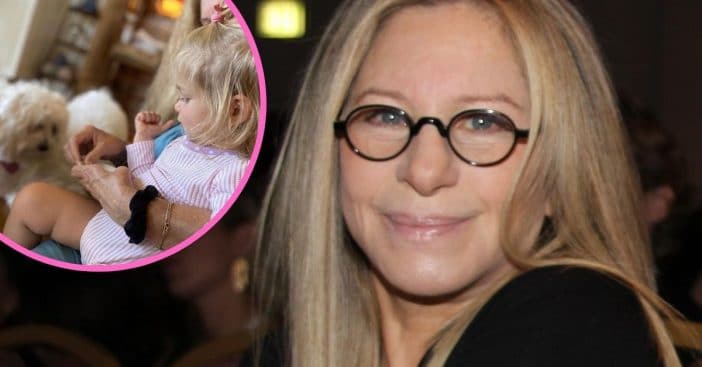 It seems that Barbra Streisand‘s favorite role in life is grandma. She recently was able to see her granddaughter, Westlyn, after months of social distancing. Barbra shared a photo of the occasion as Westlyn looks captivated by Barbra’s dogs.

Westlyn is the daughter of Josh Brolin and his wife Kathryn. He also has two older children with ex-wife Alice Adair. It must be so nice for Barbra and James Brolin to have a young granddaughter around again!

Barbra bonds with little granddaughter Westlyn and her dogs

In April, Josh apologized for taking little Westlyn over to Barbra and James’ home during the quarantine. He said, “We had a plan to go see them and not be near them and that plan was broken and that’s our responsibility. We were going to pick something up and show Bean [Westlyn] the pool because we don’t have a pool, and yeah, I think it was irresponsible.”

Josh previously talked about how important Westlyn is to his stepmother Barbra. He got her a “grandma” bracelet and said she rarely takes it off. He shared, “She is really into it, and I love that she is into it. I mean, it’s like a very typical Jewish grandmother who is saturated by this event. It’s awesome.” Now, Josh and his wife are expecting another baby! Barbra must be over the moon.

So sweet! Babies and dogs… what could be cuter?