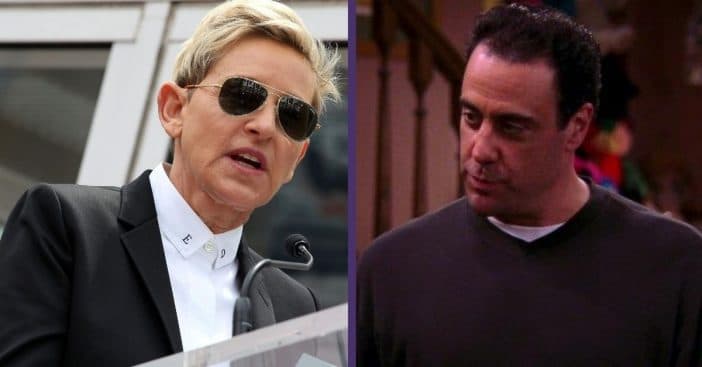 As we’ve previously reported, an investigation into Ellen Degeneres and her show are ongoing due to reports of mistreating her staff. Everybody Loves Raymond actor Brad Garrett has even gone on to call this mistreating behavior “common knowledge.” He says this himself in a tweet, “Sorry but it comes from the top ⁦@TheEllenShow Know more than one who were treated horribly by her.⁩ Common knowledge.”

This was in response to Ellen’s open letter to her staff which is on Vanity Fair’s website. Other celebrities such as Lea Thompson have also come out in saying that the toxic work environment claims are 100% true.

The letter to her staff reads, “On day one of our show, I told everyone in our first meeting that The Ellen DeGeneres Show would be a place of happiness — no one would ever raise their voice, and everyone would be treated with respect. Obviously, something changed, and I am disappointed to learn that this has not been the case. And for that, I am sorry. Anyone who knows me knows it’s the opposite of what I believe and what I hoped for our show.”

“My name is on the show and everything we do and I take responsibility for that.” Ellen does not respond to any of the specific allegations.

Allegations on her behavior and her show began back in March

Former employees of The Ellen Degeneres Show have filed multiple reports claiming a toxic work culture. Others have filed reports of executive producers of the show engaging in alleged sexual misconduct and harassment. Allegations of Ellen’s behavior on her own accord began back in March. This is when YouTuber Nikkie de Jager came out with her own story about being on Ellen’s show.

She says herself that the host was “cold and distant.” Then, in April, a Twitter thread went viral, showcasing some of Ellen’s mean behavior towards guests and employees on her show. As of last week, an investigation had begun looking into the workplace culture of her show as a result.