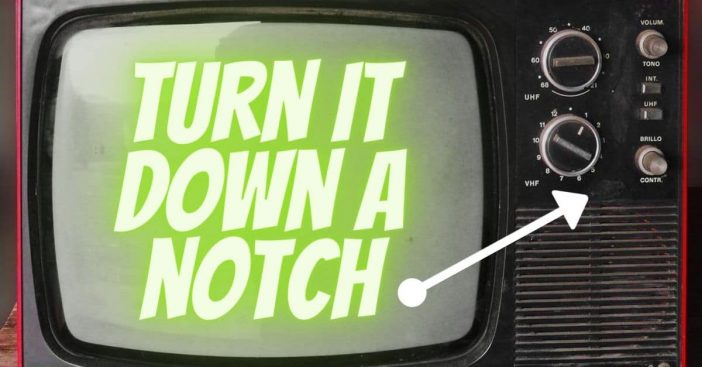 Have you ever wondered about the origin of some of the phrases you say? For example, many phrases actually did reflect an action back in the day. As times change, you probably don’t do these actions anymore. For example, you probably still say you’re “rolling down the window,” even though you’re now pressing a button.

Put a sock in it

When there were gramophones, people would literally put socks in the trumpet to make it quieter. Now, if you tell someone to put a sock in it, you’re telling them you want them to be quiet.

Turn it down a notch

Remember when TVs had volume and channel knobs? Your parents may have made you the human remote and told you to turn it down a notch.

When you hit the hay, it means you’re going to bed. In the early 1900s, people would sleep on cloth sacks that were stuffed with hay. They hit the hay to get bugs out and make it more comfortable before going to sleep.

Read on to the NEXT page for phrases you still say that belong with actions you never do anymore!

Page Page 1 of 2
Previous article: Elvis Presley Owned Over 200 Cadillacs And His Favorite Was In This Unique Color
Next Post: Martha Stewart Explains Her Bombshell Pool Selfie: “Was Definitely A Thirst Trap”