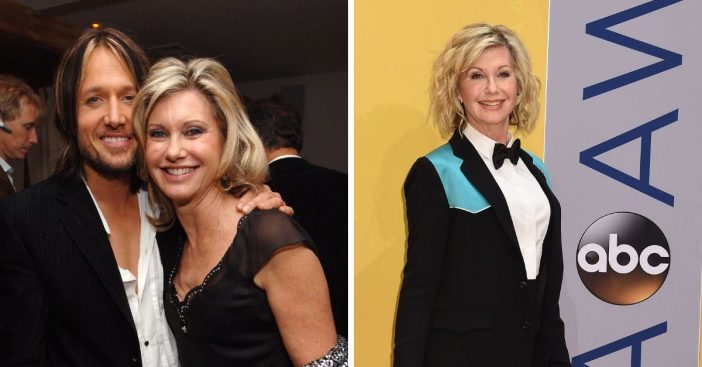 While many know Olivia Newton-John for her pop music and Grease, she has dabbled in country music. However, when she won a CMA Award for her country tunes, some country music enthusiasts weren’t too happy. One of her first country singles was “Let Me Be There” and was on the Billboard’s country chart. The song also won a Grammy for best female country vocal performance.

During her long career, Olivia has won four Grammys. In 1974, she was nominated for the Country Music Association’s best female vocalist of the year. She won and beat out country music greats Dolly Parton, Anne Murray, Loretta Lynn, and Tanya Tucker. Many people were not happy she beat out such legends.

The backlash didn’t stop Olivia. She continued to crank out country and pop hits during her career.  According to CMT, “Her Top 5 country hits include “Have You Never Been Mellow,” “Please Mr. Please,” “Let It Shine” (composed by future “Tennessee Whiskey” co-writer Linda Hargrove) and “Come on Over.” Her last single to chart country was “Dancin’ ‘Round and ‘Round” in 1979.”

Olivia has also recorded duets with many artists including country artists Keith Urban, Kenny Loggins, Anne Murray, and more. Listen to Olivia talk about her country music below: