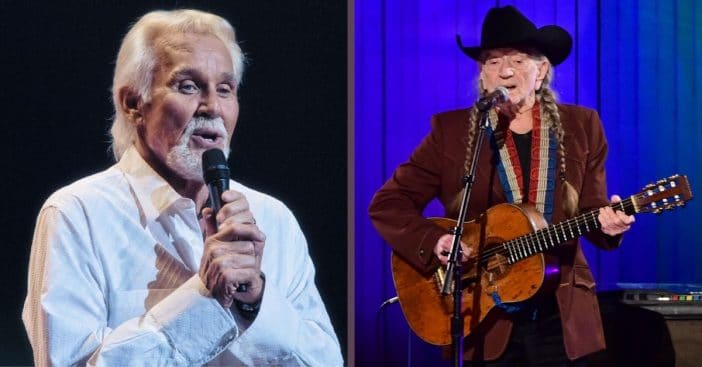 Willie Nelson and Kenny Rogers often collaborated together, but many fans wouldn’t know this surprising fact. He originally wanted Nelson to record “The Gambler.” Can you think of anyone besides Rogers who could sing this hit song? Nelson actually went on the Today show to talk about how he almost ended up recording and singing the song.

“Through the years, him and I were big pals,” he tells Jenna Bush-Hager. “In fact, he tried to get me to record ‘The Gambler.’ We were somewhere, I don’t know, and he was like, ‘I’ve got this song, I think you should do it,’ and he played it for me and I said, ‘You know, I think it’s a great song, but I don’t think I’ll do it,’ because, I was doing, every night, a song called ‘Red Headed Stranger’ which has 100 verses in it.”

Would what it sound like if Willie Nelson had recorded “The Gambler” instead of Kenny Rogers?

Nelson continues, “I said ‘I just don’t want to do another long song,’ so he said, ‘OK, I will record it myself,’ and so he did and, you know, there it is.” The song has since become synonymous with the late Rogers’ career as it earned him a No. 1 spot on the charts in 1978. It would also earn him a Grammy Award for best country vocal performance the next year.

Nelson was also asked if he regrets turning down this recognizable song. Safe to say, Nelson doesn’t regret it at all, saying “that was Kenny’s song all the way.” Mr. Nelson is also doing pretty well in the music industry, as at 87 years old, he just released a new album called First Rose of Spring.

Click for next Article
Previous article: A Unique Way To Keep Your Grandkids Entertained This Summer
Next Post: Fred Savage Is Working On ‘The Wonder Years’ Reboot With A Black Family