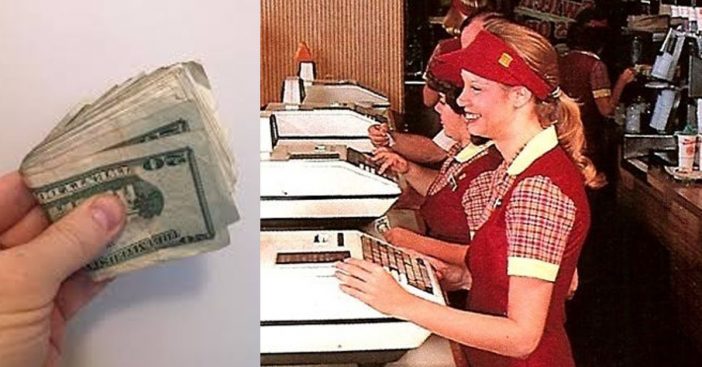 It’s no secret that the minimum wage for workers in the U.S. has changed drastically through the years. In our 1970s DYR Facebook group, people shared how much minimum wage was when they started working. The answers were got were generally in the same range of $1-$5.

Here are some of the various answers we received: $1.25, $5.25, $3.35, $1, the list goes on. As stated previously, most of the minimum wages shared were in the same range. Can you believe the minimum wage used to be so low back in the day? It has gone up for sure by now, depending on state and company. Some companies offer as much as $15/hr.

People share how much minimum wage was when they first started working… does this show a big change or lack thereof?

Actually, according to the chart above, the average minimum wage is surprisingly not that much higher than that $5.25 mentioned earlier. The U.S. Department of Labor notes that as of 2019, the average was only $7.25/hr. I remember at my first part-time summer job, I earned $9.15/hr as minimum wage. The highest I ever earned at minimum wage was at a hostess job at $11.05/hr.

While raising the minimum wage sounds like a good idea and more money in employees’ pockets, expert economists oppose this idea. Fee.org states that several expert economists say raising the minimum wage to $15/hr can be harmful to both the company and the employees. Some of these reasons include reducing the quantity of labor demanded, and which leads to unemployment. Another reason is that minimum wage hikes cause products and services to become much more expensive. This also reduces the earnings of low-paid workers.