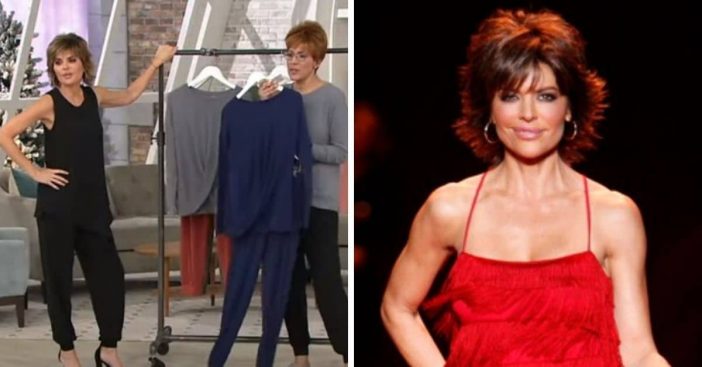 Lisa Rinna is currently a cast member on The Real Housewives of Beverly Hills and sells clothing on QVC. The Lisa Rinna Collection is sold exclusively at QVC, the shopping channel. Now, some fans of the longtime shopping channel are trying to get her fired for her political beliefs. Lisa spoke out and is not happy.

She shared an Instagram Story that said, “I am sad to report it would now seem I can’t use my platform to inform or question or say how I feel politically because the Karen’s have bombarded QVC begging them to fire me and saying they will no longer buy my clothes.”

She continued, “It is a shame that I must be muzzled in order to support my family but that is just what it is. Remember you know how I feel. Use your voice and vote.” “Karen” is a nickname for any woman who acts entitled and tries to demand things that are not necessarily appropriate.

RELATED: Why Did Eric Stoltz Get Fired As Original Marty McFly In ‘Back To The Future’?

Lisa has spoken out in support of the Black Lives Matter protests, Pride Month, and other human rights issues. It is not clear why QVC fans are calling for her firing specifically. She has been selling her clothing on QVC since 2012. She generally sells sweaters and comfortable pants with some fancy blouses and tank tops as well.

QVC has not yet spoken out about the issue. In another post, Lisa said that she will not “shut up” about human rights issues, no matter what.

What’s your take on this? In conclusion, watch an example of Lisa Rinna on QVC below: