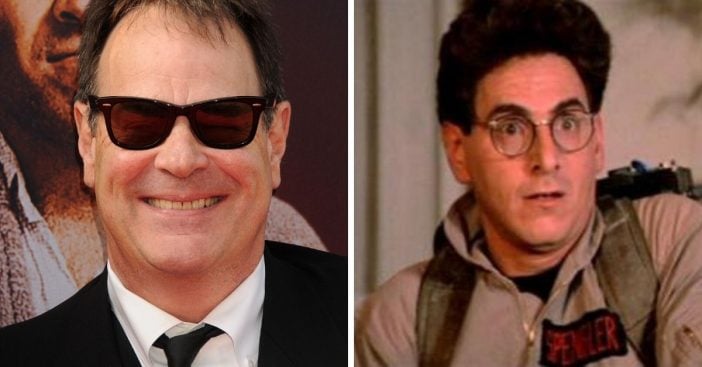 Ghostbusters: Afterlife is set to premiere in 2021 and fans could not be more excited. Dan Aykroyd recently talked about making the new movie without his former co-star and friend, Harold Ramis. Harold played Dr. Egon Spengler in the original movie. He sadly died in 2014.

For instance, Dan told Entertainment Weekly, “To have that formation without that man standing right there on the line with us was a pretty serious adjustment. He will be very well represented in the new film, I can tell you that. He’s very honorably represented.”

Harold Ramis will be honored in the new ‘Ghostbusters’ movie

In addition, Dan spoke about Jason Reitman, the son of Ivan Reitman working on the new film. Ivan is the original director of Ghostbusters and Ghostbusters II. Now, his son Jason has directed the newest movie in the franchise.

Dan said, “He’s [Jason] passing the DNA of the first two movies directly to the new generation. It’s just a lot of fun to see these terrific young actors slinging the old Cadillac around and having the equipment in their hands. The story that develops from that is scary and funny and heartfelt and also funny. And it feeds into the possibility of more follow-ups with this group and with others who want to join.”

He added, “Everyone can be a ‘Ghostbuster,’ just start out by studying science and physics. Every county in the United States has a paranormal society, and I don’t think before ‘Ghostbusters’ that was true. No one back then knew what ectoplasm was, before ‘Ghostbusters.’ We introduced that term to millions of people around the world where it was just a standard part of the vernacular in the research, which my family has been into for generations. We turned it into a joke [in the film], and I think that’s ok with everyone on the other side. [laughs]”

In conclusion, watch the trailer for Ghostbusters: Afterlife below:

Click for next Article
Previous article: Disney Unveils New Plan For Splash Mountain Ride Amid Controversy
Next Post: Age Is Just A Number For This 73-Year-Old ‘America’s Got Talent’ Star