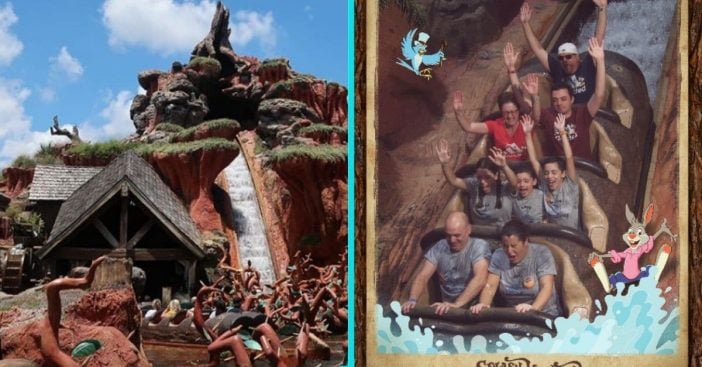 Disney fans are now calling for a longtime and beloved attraction to be re-themed due to racism and racist aspects. Many fans come to Disney just for the magic alone, but the attractions keep them there! One of the most well-known attractions is the Splash Mountain ride. This log flume ride is one of those attractions that most Disney fans are familiar with.

Splash Mountain has been a Disney attraction for decades now, but there have been recent calls for it to be re-themed. As protests against racial inequality continue through the U.S., a petition has surfaced calling for the re-theming of this popular ride.

Why they’re calling for the re-theme of Splash Mountain

“While the ride is considered a beloved classic its history and storyline are steeped in extremely problematic and stereotypical racist tropes from the 1946 film Song of the South,” the petition reads. “There is a huge need for diversity in the parks and this could help fill that need. Princess and the Frog is a beloved princess movie but has very little representation in the parks. Tiana could be one of the first princesses with a thrill ride, as well as giving her a much-deserved place in the parks.”

The petition ultimately calls for Disney to remove their racial stereotypes throughout the park and include more diversity. As of right now, over 16,000 people have signed this petition. However, a lot of loyal Disney fans are angered and upset by this petition.

People take to social media to express their thoughts

Do you have an attraction that you used to fear but finally tried & fell in love with? I do.

Into my early 30s I feared the drop on #splashmountain but once I finally got the nerve to #JustDoIt I can’t get enough!#waltdisneywednesdays pic.twitter.com/BuDRwcYlfw

Some fans have taken to social media to express their anger at this decision. “This is ridiculous. The ride doesn’t mention Uncle Remus, or anything else from the movie except, the ride is a story about the cartoon characters. Imagineers work hard so it wouldn’t reflect the movie. I also guess Zip-a-Dee-Doo-Dah is thrown out the door, too,” someone writes.

Another says, “People are insane. #splashmountain does NOT need to get re-themed. People need to chill. Disney fans supporting this need to realize the Disney brand will be ruined if we go down this rabbit hole….”

all I’ve literally thought about all day is Splash Mountain, that ride truly has my whole heart pic.twitter.com/hCOXdBRnxX

Some people have been suggesting other themes for the ride such as Brother Bear or Moana. However, there’s no telling yet if Disney will take action to re-theme this popular attraction.

Click for next Article
Previous article: Statues Of Christopher Columbus Are Being Vandalized Throughout The U.S.
Next Post: Garth Brooks Plans Concert For 300 Drive-In Theaters