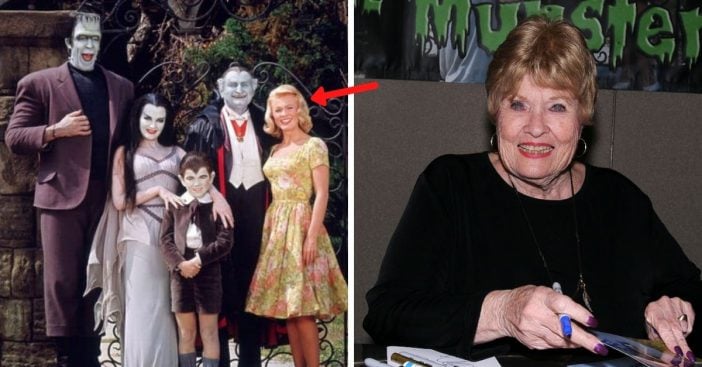 We all know Pat Priest as the beautiful Marilyn from The Munsters, one of the most quirky and whacky sitcoms of the ’60s. Priest took over the role of Marilyn after the original actress, Beverley Owen, left after 13 episodes. “I was 16 and we moved from Utah to Washington, D.C. when my mother was appointed as Treasurer of the United States under Eisenhower,” Priest recalls.

“I was in the middle of my junior year in high school and as far as I was concerned my life was over. Little did I realize that it was just beginning.” She was certainly right on target! Priest came from a Mormon family and credits her mother for being such an inspiration to her in terms of her acting career. This would eventually spawn many TV and film credits such as her time on The Munsters from 1964 to 1966.

Pat Priest and her beginnings

“My mother taught a speech and drama class at the church, which also put on roadshows with several other churches in the area,” Priest recalls. “She came up with the idea for me to perform a pantomime to a comic record while the performers set up.” She soon began receiving offers to perform her skits at Lions Club and Rotary Club events.

RELATED: The Munsters or the Addams Family?

She soon moved to Washington and began working on local TV. After marrying, she finally moved out West when her Naval husband was transferred there. While out West, she would acquire an agent that would help book her auditions and small TV roles. Beverley Owen (the original Marilyn) left after 13 episodes to get married. That’s when Priest took over the role and it was a nearly seamless transition for the cast and the audience.

Fond memories from the show… and a startling encounter!

Priest recalls some really great memories from the show. Even though, she does recall one encounter with Yvonne De Carlo who played the role of Lily Munster.

“She was a major movie star from the ’40s and ’50s. My first day on the set the two of us were in a scene together and the director asked me to move forward into the light. Yvonne turned to me and said, ‘Let’s get something straight right now young lady, don’t you ever upstage me.’ Man, I jumped back and didn’t care if I spent the rest of the series in the dark! However, we eventually got along well and often had lunch together. But Fred and Al would always tease her about being a diva!”

Where is Pat Priest now?

Following The Munsters, Priest would continue to act in commercials and mostly took on small acting roles. However, she did co-star alongside the famous Elvis Presley in Easy Come, Easy Go in 1967. Despite not having as many TV or film roles as most actresses in Hollywood, to this day, she’s very happy with how her career went.

She officially retired from acting in the 1980s and was diagnosed with non-Hodgkin’s lymphoma back in 2001. Thankfully, she underwent treatment for it and is now in remission. At 83 years old, she’s loving life and how she’s lived her life. “I’ve done everything I wanted to do and gone everywhere I wanted to go. I’m 83 now and whatever happens in the future is all just pluses.” Even in her age, she still attends nostalgic conventions that feature The Munsters.