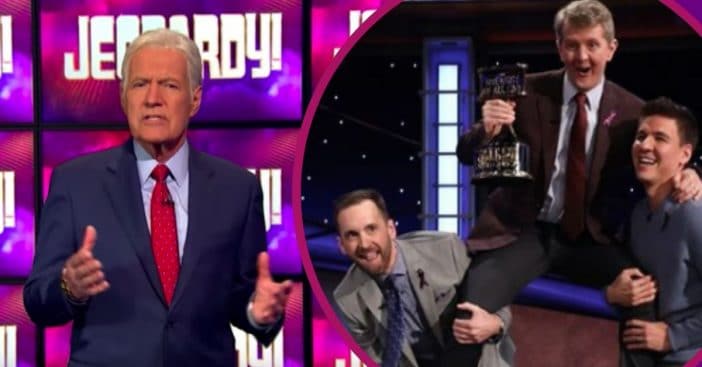 Jeopardy! fans are not too happy after they learned that the show underpays its contestants. The show has been around since the 1960s. Even though it has gone through many changes throughout the years, the second and third-place winners still don’t get paid nearly as much money as they accumulate throughout each round. Fans are calling for this to change.

While the second and third-place winners can sometimes accumulate tons of money throughout the show, they still don’t take home that much. The second-place winner often earns $2,000 while third-place gets $1,000, regardless of how much money they earn during the actual show. The only contestant who actually gets all their earnings is the first-place winner.

Fans often take to website Reddit to discuss the show. However, the conversation recently turned sour when fans started talking about Jeopardy! contestant earnings. “… The $1000 third place wins is often just barely enough, or not enough, to cover your expenses of coming to the show,”  one fan writes. They suggest that it’s now time to increase the amount of money that second and third-place winners walk away with. Others agreed with this, noting that they have even less “after taxes.”

Fans in the forum also continued to debate whether points should also convert to dollars or not, since this is how it’s done for the first-place winner. However, one user counter-argues this by saying that if this were the case, the second and third-place winners may not “try as hard” during the rounds, knowing they’ll walk away with their fair share anyway.